Due to rising temperatures and moisture incursion, the Met office issued an alert of moderate thunderstorm activity 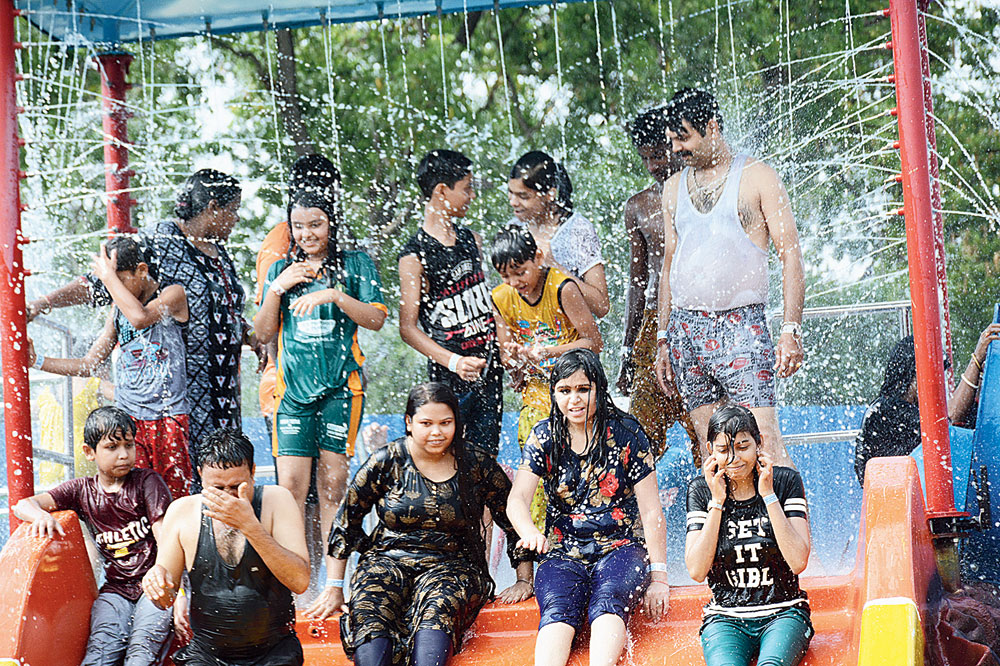 The heat wave alert, sounded by the Met department on Sunday, has been extended for another 24 hours as the mercury is showing no sign of coming down in the next few days.

Analysis of the weather chart at IMD’s Ranchi Met centre on Monday revealed north-westerly wind, currently blowing over the state, led to the rise in temperature.

The wind also obstructs cloud formation. Humid heat in steel city and several other areas of Kolhan region is expected to continue for 48 hours or so.

“There will be no respite from the scorching heat for the next 24 hours at least. We have extended the heat wave alert as the maximum temperature in most places is rising,” said S.D. Kotal, the director of Ranchi Meteorological Centre.

Dry weather prevailed over Jharkhand during the last 48 hours. None of the Met stations reported rain or thundershowers.

The Met director said a trough at 0.9km above mean sea level was running from sub-Himalayan Bengal to south Karnataka on Monday with an embedded cyclonic circulation over Chhattisgarh.

“The two systems may trigger light rain or thunderstorm activity in isolated places around May 22,” he said, adding that the twin systems might trigger gusty wind speed of 30-40kmph accompanied by lightning and thunder in north-western Jharkhand around the middle of this week.

Due to the rising temperature and moisture incursion, the Ranchi Met office had also issued an alert of moderate thunderstorm activity in some parts of Kolhan region, including East Singhbhum on Monday, but that fizzled out.

Weathermen at IMD’s Patna office said Jharkhand was in the grip of dry westerly winds, which is pushing up the day reading.

“Apart from moderate heat wave, which is expected to prevail in some pockets of Jharkhand, Loo, the dry and hot wind, would also continue to blow,” a duty officer said.

Statistics revealed except for Ranchi, which enjoys an altitude advantage, most places, including Jamshedpur, Daltonganj, Bokaro, Dhanbad, Cha-ibasa in West Singhbhum, Ra-mgarh, Khunti and Simdega, the day temperature stood at 41°C and more in last 24 hours.