Advertisement
Home / Jharkhand / Many tributes, and a warning on Gandhi Jayanti at Ranchi

Many tributes, and a warning on Gandhi Jayanti at Ranchi 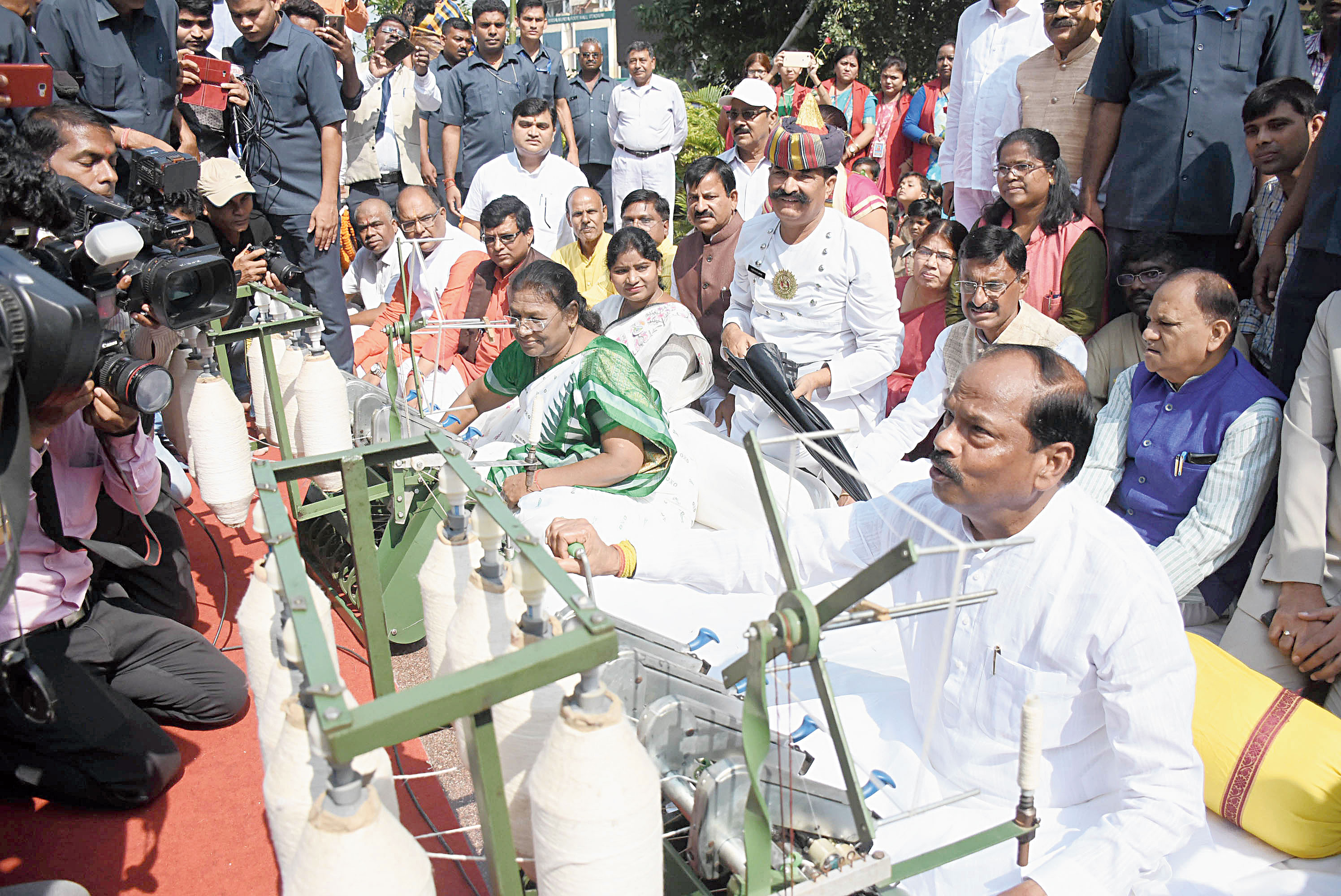 Governor Droupadi Murmu and chief minister Raghubar Das on Wednesday paid tributes to Mahatma Gandhi on his 150th birth anniversary in the capital. Both garlanded the statue of the Mahatma at Morabadi grounds here and appealed to people to realise the Mahatma’s dreams of making a happy, self-sufficient and prosperous India.

The CM reminded people that the Mahatma had laid the foundation of non-violence through satyagraha, giving Independence to India. He said the Father of the Nation dreamt of Swachh Bharat and Indians had fulfilled his dreams during the last five years. “Both the Centre and the state government are working on building a clean India,” he said, adding that Jharkhand was 100 per cent open defecation free. He also appealed to the people to shun single-use plastic.

Former CM and JVM leader Babulal Marandi visited Tiril Ashram in Kute to pay floral tributes to Bapu. Addressing a gathering there, he expressed his concern over attempts made by many to end Gandhian ideology.

“Attempts are being made to end Gandhian thoughts and ideology but these attempts will be foiled,” Marandi said. “India can prosper only by following Gandhiji’s teachings.”