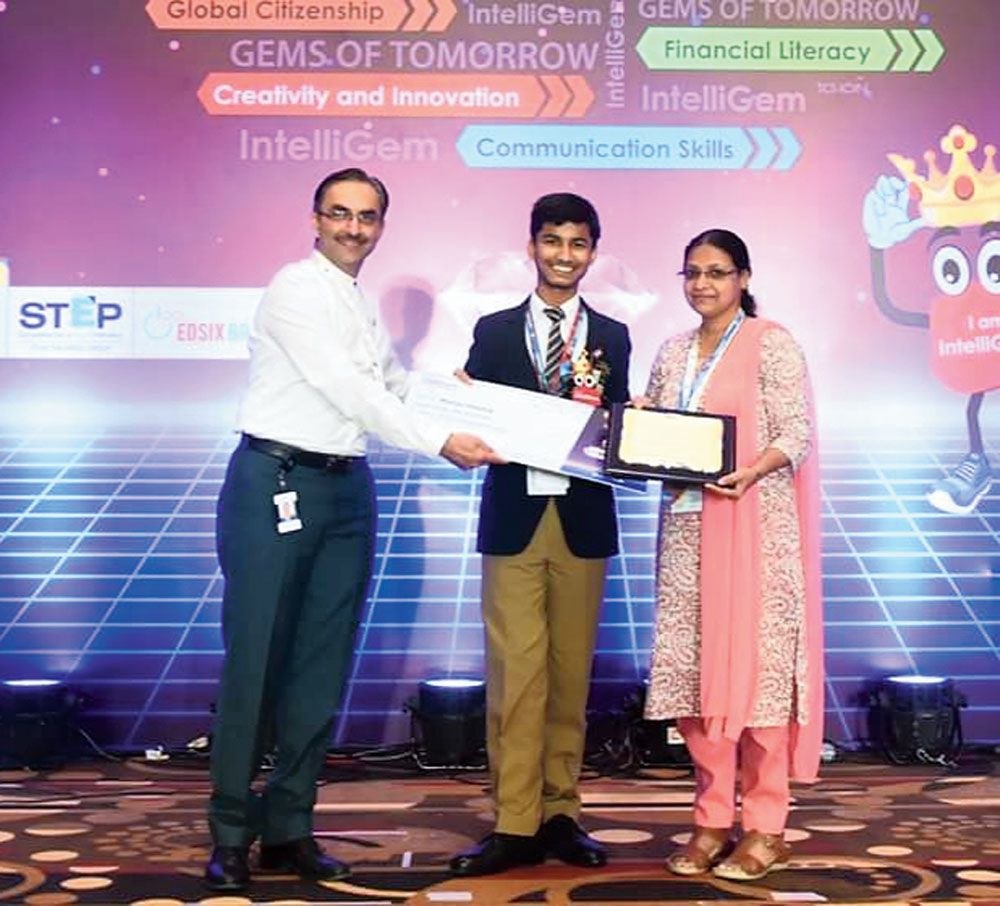 TCS Unit, a strategic unit of Tata Consultancy Services conducted the second edition of TCS Ion IntelliGem between January 25 and 26 at the TCS Olympus in Thane.

Kadma boy Manav won the contest in the global citizenship category and came back home with a neat cash prize of Rs 50,000, a trophy, certificates, gadgets and books.

The top 50 students who cleared various rounds of digital tests, city-level rounds and one-on-one interviews in the pre-finals finally went to Thane for the grand finale.

Finalists from across the country, six in Manav’s category, had to prove their mettle in various rounds.

Starting with an introduction, Manav had to speak about a country he liked followed by a debate, extempore and a jury round.

“I said I liked Denmark because it is one of the happiest countries and one of the first to bank on renewable sources of energy,” Manav, son of businessman Shambhu Dalmia and homemaker Arpita, said.

Manav has decided on what he wants to be when he grows up. “Indian Foreign Services is my aim,” he said.