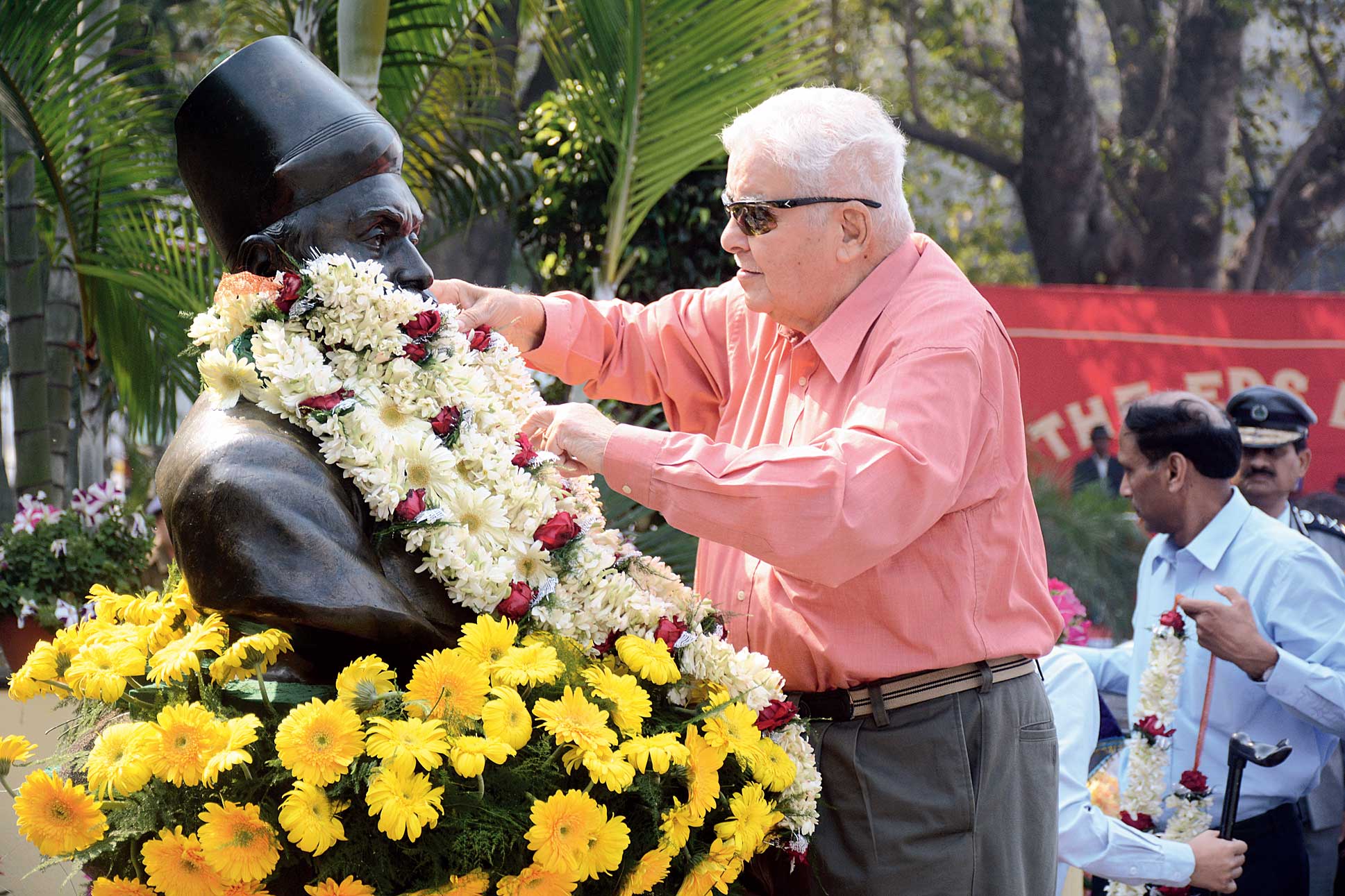 The steel city on Sunday came alive to celebrate the 180th birth anniversary of its founder Jamsetji Nusserwanji Tata with the festivities revolving around its transformation from a quaint village into an epitome of progress in a span of 100 years.

Jamshedpur FC players took part in the parade and later posed for the cameras with Chandrasekaran and Narendran. About 10 Tata subsidiaries presented tableaux representing their areas of work and achievements.

As a customary ritual, Chandrasekaran interacted with the employees and their families. “It is a great pleasure to be here on this occasion. I am happy that Jamshedpur has completed 100 years with the support of the entire community. We hope it continues for the next 100 years and more as Tata Steel is in a growth mode,” he told the media.

On whether the Tatas have planned a special gift for the city, Narendran said, “We don’t wait for 100 years. We have been investing in the city in some form on the other over the years.”

Youths make a splash at the new water park inside Jubilee Park.
Picture by Gautam Dey

The Tata chairman later flagged off the pageantry near Bistupur Postal Park.

“The Tata group has grown a lot in these 100 years and it will continue to grow. This is the real smart city conceived years ago. Our endeavour is to work better for all of you with your support,” Chandrasekaran told the gathering.

As many as 24 social outfits brought out colourful displays showing how JN Tata’s vision gave birth to this vibrant city.

Mountaineer Bachendri Pal, who was recently awarded the Padma Bhushan, was felicitated on the occasion.

Ranee Sahaney’s book titled Reaching for the Sky: When Everest Calls, which chronicles the journey of an all-women group to Mount Everest under the leadership of Bachendri Pal in 1993, was also released.

“The kind of respect I have received in this company surpasses everything else. The company has believed in me and let me freely work for the uplift of women through my programmes. I proudly say that I am a product of your (Tata Steel) vision,” an emotional Bachendri Pal said.

Jamshedpur on Sunday got a gift that it had been missing for long. Nicco Jubilee Park Ltd launched a mini water park called Splash Zone spread across 1 acre inside the Nicco Amusement Park. The water park, inaugurated by Tata Steel vice-president (corporate services) Chanakya Chaudhary, comprises a rain dance area, a mini pool, a rainbow slide and a multi-play station. Visitors, who want to enjoy at Splash Zone, will have to pay Rs 300 while entering the amusement park.

In the coal town

The bust of JN Tata at the general manager’s office of Tata Steel’s Jharia division at Jamadoba was garlanded by chief of operations Sanak Ghosh. The festivities continued in the evening at Sir Dorabji Tata Park, Jamadoba, through a colourful display of lights.