Elsewhere in the state: Foundation stone of road projects laid in Jharia 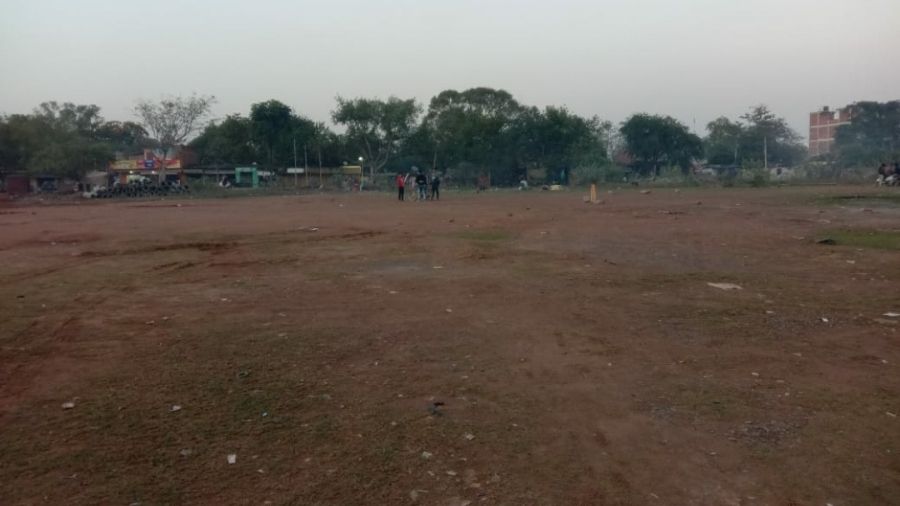 Jamshedpur: A day after the Adityapur Municipal Corporation (AMC) decided to set up a civic office building in Adityapur, local residents have started opposing the project vehemently.  The residents are strongly opposed to the AMC move for a new building as the site for the proposed building is a play ground.

According to a local resident, the site the AMC has selected for setting up the new civic office building is a play ground known as Jagruti Maidan. "Though it is a vacantly government land, children use it to play cricket, football and other games on regular basis. Apart from the sporting activities, the Jagruti Maidan is also used for organising cultural and religreligious functions. In such situation, how can we allow the AMC to set up a sprawling office building at the play ground?," quipped Purendra Narayan Singh, a local resident, while talking to this website.

Singh who is also a key functionary of Rashtriya Janata Dal declared that he would do whatever necessary to stop the AMC from going ahead with the building construction project on the play ground.  Another resident, Mahendra Prasad said the Jagruti Maidan is the only vacant government land left which is used for multi-purpose activities other than sporting activity.

"We have, therefore, decided to fight against the decision of the AMC which has selected the play ground for the site of its new office building. We expect the local NGO, Jan Kalyan Morcha (JKM) will take up our fight till its logical end, " said Prasad while talking to this website.

JKM president, Om Prakash, when contacted said he is aware about the AMC's illogical step for setting up its new office building on a play ground.

"We have already started mobilising support against the AMC's move. We will shortly write to the chief secretary, Jharkhand about our stand against the proposed AMC office building on a play ground. We will continue to oppose the project until the civic body does not roll back its decision, " said Om Prakash while talking to The Telegraph Online.

The AMC had on Thursday at its executive committee meeting decided to set up a town hall and a new office building for the civic body in Adityapur. Both the buildings will be constructed at a cost of Rs 25 crores each on government land.

Meanwhile, the AMC mayor, Vinod Shrivastav said, "We selected the vacant land near NIT, Jamshedpur as there is no other suitable land for the AMC office."

Jharia MLA representative K.D Pandey (in blue coat) and others during the foundation stone laying ceremony on Saturday
Shabbir Hussain

Talking to the media, KD Pandey, veteran trade union leader and secretary of Janta Mazdoor Sangh who carried out the foundation stone laying on behalf of Jharia MLA Purnima Singh, said, “The road projects for which the foundation stone laying was carried out today will help to solve the transport problem of the various localities of Jharia falling in the colliery areas to a great extent.”

He further said that the ongoing water supply project worth around Rs 317 crore being executed through the Urban Development department fund since last year is also likely to be completed by year end.