DGP Neeraj Sinha said the cops would be keeping a close vigil at crowded places like hotels, restaurants and clubs on New Year Eve and New Year’s Day 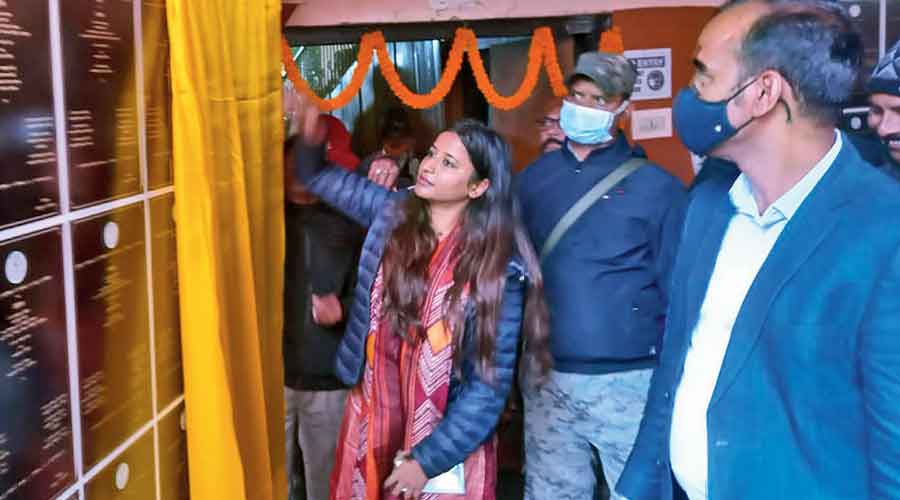 The law enforcement agencies in Jharkhand will be going all out to ensure Covid appropriate behaviour in picnic hotspots across the state as the surge in the virus cases breached the 1,000 mark on Thursday evening.

Two lawmakers of the state reported Covid positive on Thursday.

“Directive has been issued to all senior superintendent of police (SSPs) and superintendent of police (SPs) to ensure that directive issued by the health department to the districts are enforced strictly along with adherence to Covid appropriate behaviour at identified picnic spots which witness large crowd on New Year day and after,” Jharkhand DGP Neeraj Sinha told The Telegraph.

The DGP further said that police would be keeping a close vigil at crowded places like hotels, restaurants and clubs on New Year Eve and New Year’s Day also to ensure strict adherence to Covid appropriate behaviour.

“The state disaster management directive and directive of the health department sent through deputy commissioners of respective districts will be implemented in letter and spirit by the police at those places which are known to attract a crowd of revellers on New Year eve and on New Year’s day and those found violating rules will be dealt with as per provision of the law,” the DGP added.

Significantly, a large number of tourists from neighbouring districts of Bengal, Odisha and even Bihar flock to the scenic waterfalls and dams for a picnic during New Year which stretches till the last week of January. There had been a prohibition on picnics last year.

Congress MLA from Barkagaon Amba Prasad who had taken part in the inauguration and foundation stone laying programme held at Town Hall in Hazaribagh on December 29 to mark the second anniversary of the JMM-led UPA government in Jharkhand has tested positive in the Rapid Antigen Test on Thursday.

“The MLA was having slight symptom and underwent Rapid Antigen Test on December 30 and was found positive. She has also gone for an RTPCR test on December 31 and the result is expected in a day or two,” said Amar Kumar, the personal secretary to the MLA.

The MLA is under home isolation and her health condition is stated to be stable.

Ranchi MP Sanjay Seth on Friday announced on his Twitter handle that he had become Covid positive after mild cold-cough symptoms and has requested people who might have come in contact with him to get themselves tested.

The Covid active caseload increased to 1,371 on Thursday as per the bulletin issued by state health department with an addition of 482 cases on Thursday and the death of one person.

“The government has decided to conduct at least one lakh Covid test each day from January along with Covid tests at picnic hot spots. Though there have been no restrictions put in place for New Year celebration but district administration have been directed to conduct awareness campaign among masses not to crowd places and ensure Covid appropriate behaviour,” said Banna Gupta.

The state disaster management authority meeting will be held in the coming week to review the situation.