Agitators protest against the inclusion of Bhojpuri, Magahi and Angika in regional language list 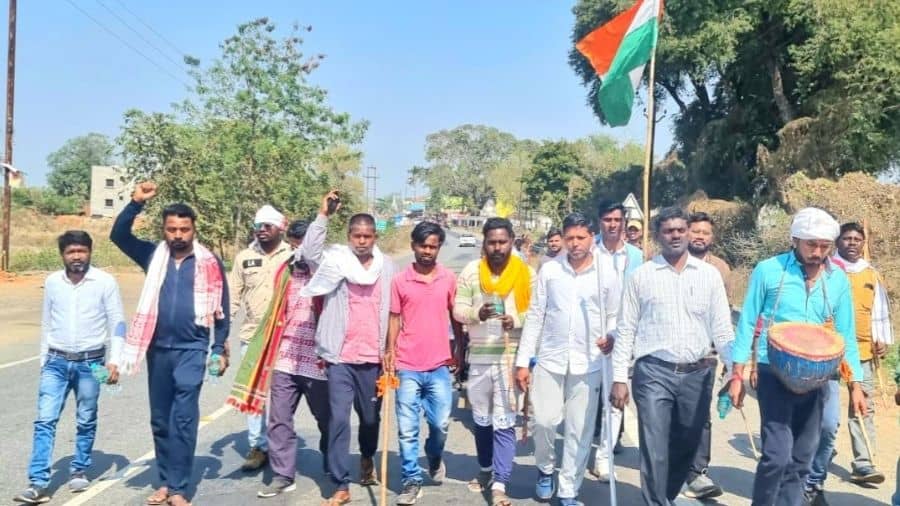 A group of over 35 such activists are on a 130 km march under the banner Jharkhandi Bhasa Bachao Sangharsh Samiti from Mahuda on Dhanbad Bokaro border to Ranchi since yesterday in the hope of having a meeting with chief minister Hemant Soren.

Vikash Mahto Mukhiya of Topchanchi block of Dhanbad, who led the protesters in the 2nd day of their march from Bahadurpur in Bokaro to Ranchi,  said,  “The chief minister during his recent Dumka rally claimed there will be no advantage of taking to streets without holding discussion with the government so we have launched the foot march to meet him.”

Mahto further said, “We decided to take out the foot march as we wanted to experience the pain experienced by our forefathers in the fight for the creation of the separate state of Jharkhand,” and added that they made the first halt at Bahadurpur in Bokaro yesterday.

In a related development former Silli MLA of JMM, Amit Kumar who recently resigned from the primary membership of JMM to protest against the failure of the state government to implement the 1932 Khatiyan based employment policy, today visited different parts of Dhanbad including Baliapur, Jorapokhar, Putki, etc and addressed public meetings.