Advertisement
Home / Jharkhand / Ahead of Judgment Day, daughter Misa by Lalu's side

Ahead of Judgment Day, daughter Misa by Lalu's side 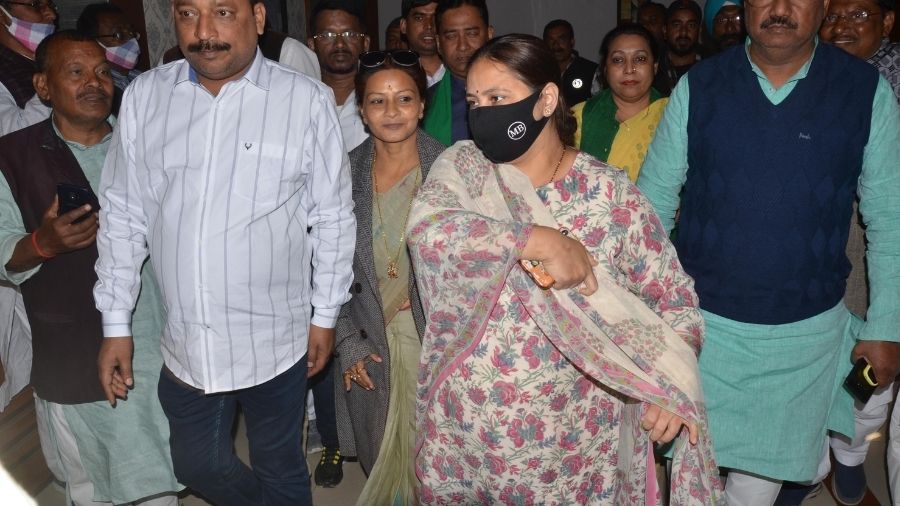 Misa Bharati has joined her father, RJD supremo Lalu Prasad, in Ranchi ahead of a verdict in a fodder scam case on Tuesday.

A  CBI special court in Ranchi will pronounce its judgment on the Doranda treasury case involving fraudulent withdrawals of Rs 139 crore in 1995-96 when Lalu was chief minister of undivided Bihar.

Misa landed at Ranchi airport at 1pm pn Monday. She avoided the media and headed to the state guest house in Morabadi where her father is currently staying. Since Lalu’s arrival on Sunday, the state guest house, which usually remains deserted, has been abuzz with scores of RJD workers queuing up to meet their leader.

The Doranda case (RC 47 A/96) is the last of four fodder scam cases in which trial was pending. In the three other cases pertaining to the fodder scam, the former chief minister has been convicted and sentenced. Lalu is currently on bail on health grounds. The CBI, which is probing all the fodder scam cases under Lalu’s watch, has pegged the fraud at Rs 950 crore.

RJD sources said that Lalu was maintaining a low profile ahead of judgment day, but has been meeting key visitors. “In the morning, he had tea with Mandar MLA and Congress’s co-working president Bandhu Tirkey, who called on him to check on his health,” said a source on Monday.

Former state president of the RJD Gautam Sagar Rana also camped outside the guest house hoping to get Lalu’s nod  to rejoin the party. He had deserted the party ahead of the 2019 elections.