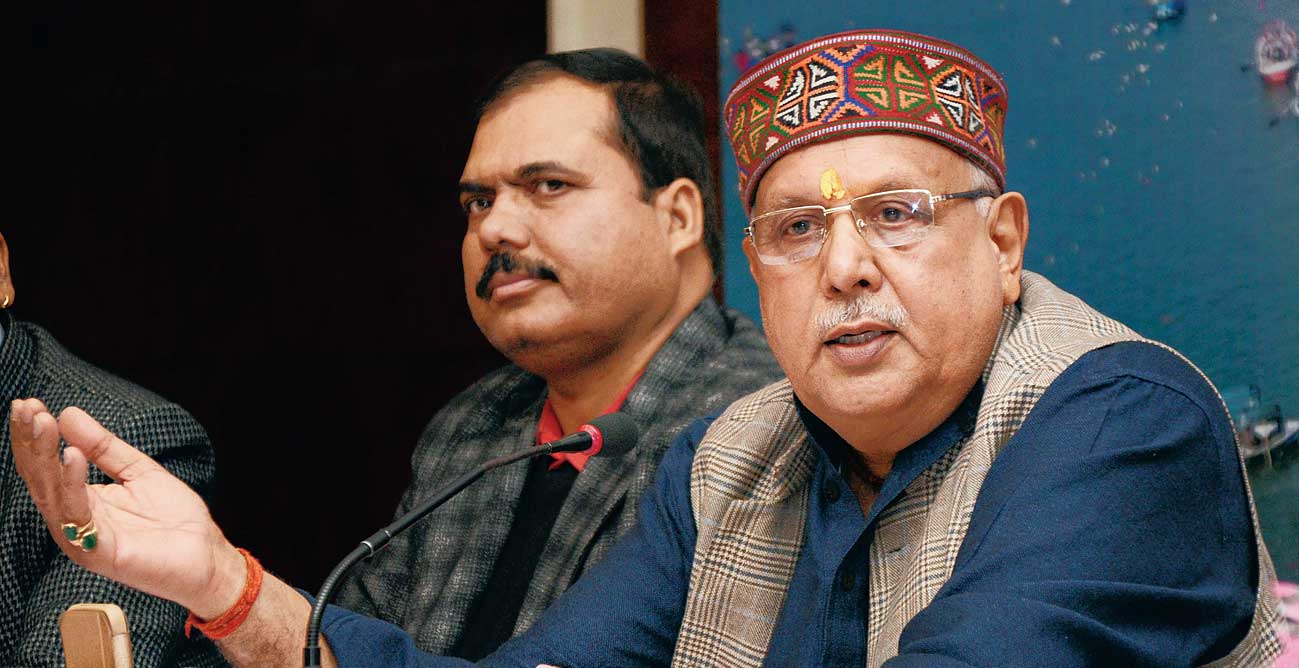 The Uttar Pradesh government is pulling out all stops to make the upcoming Ardh Kumbh Mela in Allahabad, now called Prayagraj, a memorable event.

UP agricultural minister Surya Pratap Shahi was in the capital to extend invitation to governor Droupadi Murmu and chief minister Raghubar Das to attend the mela.

“I came here to personally invite the Jharkhand governor and chief minister for the mela. They have agreed to attend it,” Shahi told the media at a city hotel on Thursday afternoon.

Shahi said the mela would begin on Makar Sankranti on January 15, 2019 and continue till Maha Shivaratri on March 4.

About 12 crore devotees from 192 countries were expected to visit Allahabad on the auspicious occasion.

“The venue for the fair is bigger this year at 3,100 hectares against the earlier 1,400 hectares,” the minister said, adding construction and widening of roads and building pontoon bridges over Ganga have been undertaken to facilitate smooth movement of traffic.

Arrangements have been made to keep the venue well-lit, clean and safe, the minister further informed.

“Special security arrangements will be made during Shahi Snan (Royal bath), which will happen six times during the mela,” the minister said referring to special occasions when a huge number of devotees led by Naga (naked) sadhus take a dip in the Ganga around midnight.

On the ban on the procession of sadhus with elephants and horses during Sahi Snan, Shahi said, “With so many VVIPs visiting the mela, security has to be given utmost importance.”

The minister said an allotment of Rs 2,800 crore was made for a infrastructure development at the mela site.

“Rs 4,300 crore more have also been earmarked for the purpose from other sources,” Shahi said, adding only Rs 1,214 crore was spent during the last Kumbh Mela in 2013.