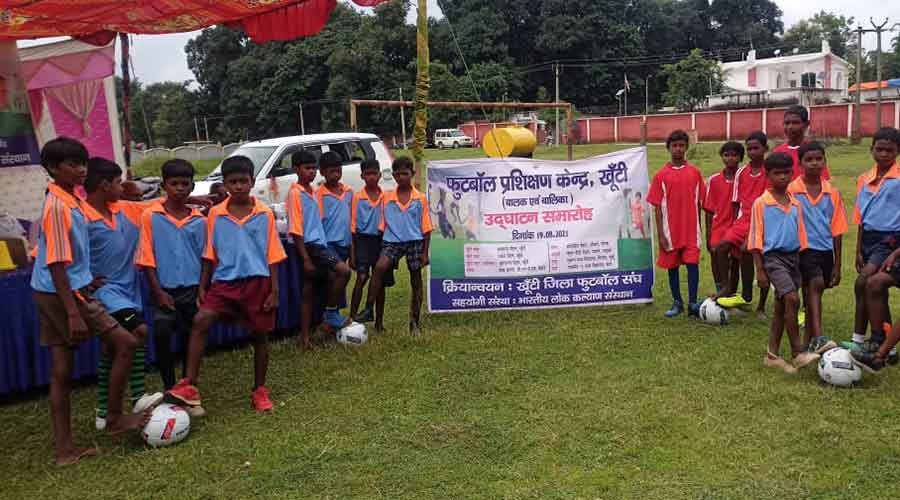 Home to two-time hockey Olympian Nikki Pradhan, Khunti is now hoping to churn out competent footballers who can in the future represent the country.

To promote the sport in the district that is otherwise known for being a hotbed of Maoist rebels,  the district administration, along with the local football association and an NGO, has set up as many as eight academies across six blocks to train youngsters.

Deputy commissioner Sashi Ranjan, who  inaugurated the academies at a function at Kamta ground on Thursday evening, said the idea was to connect children with football as a way of staying motivated.

“Sport is a great leveler and we are aiming to utilise this to shape our kids towards a better future," he said.

Singh said the plan was to set up football academies in over 80 panchayats. But to begin with, eight academies have been put in place in six blocks. The academies will cater to both boys and girls up to the age of 14.

“Each academy will train at least 30 players daily for two hours. Coaching and training will be in accordance with  All India Football Federation (AIFF) standards. Students will be taught for free and coaches will be working on voluntary basis. As a token of acknowledgement, we have decided to give coaches Rs 1,000 per month with kits. Players have been gifted shoes.

Khunti is known for hockey, but Singh said  football was also popular among the youth as khasi-tournaments are often played in the interiors. “People mostly play football for joy to pass time. As a  football association, we are now trying to take this game to every household,” he said.