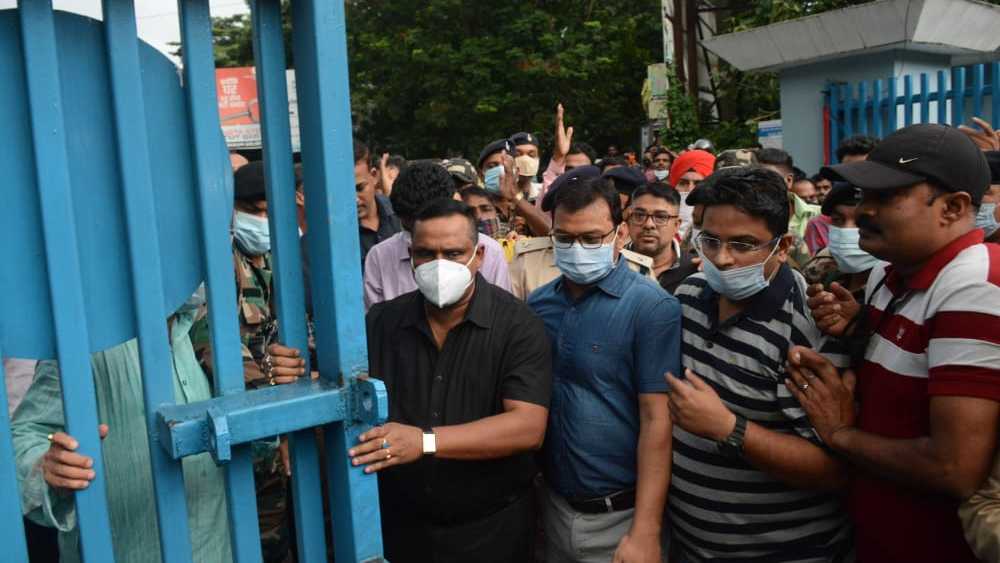 The gates of steel city landmark Jubilee Park were re-opened on Sunday evening after 18 months, opening up traffic from the Bistupur and Sakchi ends to save commuters from taking a detour.

"Keeping in view the demand of local residents who have been calling for the re-opening the gates for the last couple of months, I decided to take the lead on the issue. The closure of both the gates of the park (one from the Bistupur end and the other from Sakchi ) were resulting in inconvenience to commuters who had to take a detour using the Straight Mile Road, which, of late, had become accident prone," Gupta told The Telegraph Online.

The Jubilee Park Road that passes along the scenic Jayanti Sarovar was closed in March 2020 following Covid-19 induced lockdown.

Though the state government, while relaxing the lockdown restrictions in July, had allowed re-opening of parks, vistors were allowed in Jubilee Park only in the morning and evening.

As soon as the gates were opened, movement of vehicles were allowed through Jubilee Park.

The minister also went around the park.

Several political and social outfits had also started agitations demanding re-opening of the gates that are operated by Tata Steel Utilities and Infrastructure Services Limited (TSUISL), a Tata Steel subsidiary.