'If BJP feels those who have been arrested are innocent, then it should help them get lawyers to fight their case' 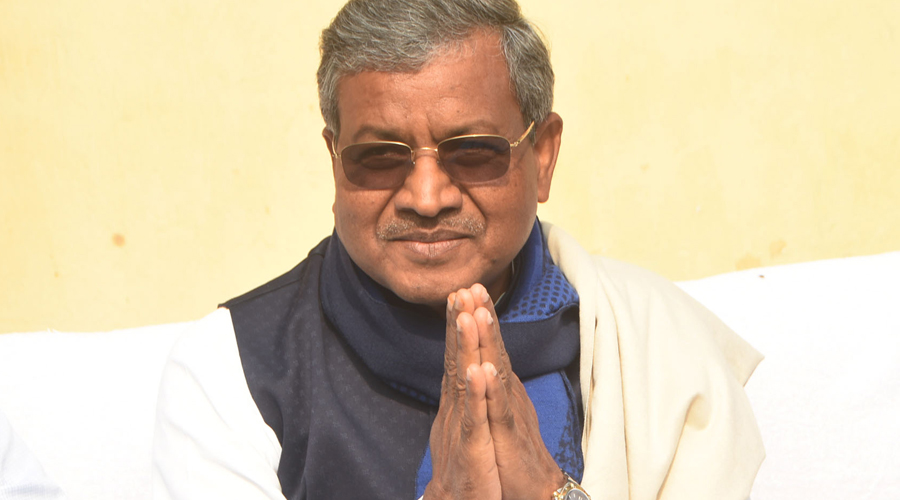 On Sunday, Marandi had demanded a judicial probe by a sitting high court judge into the allegations that the trio was working to topple the state government.
File picture
Our Correspondent   |   Ranchi   |   Published 26.07.21, 08:26 PM

The Jharkhand Mutki Morcha (JMM) defended the police’s silence on the arrest of three persons for allegeldy trying to destabilise the state 's coalition government headed by it, saying law enforcement agencies seldom comment on ongoing investigations, especially when the charges are so serious in nature.

Addressing a press conference on Monday in response to BJP legislature party leader Babulal Marandi’s accusation that police had arrested three innocent persons, the JMM general secretary, Supriyo Bhattarcharjee, said, “Babulalji, who was the first CM of the state and is also a lawmaker, must know that police never comment on such issues. Unlike other crimes, this was an attempt by the BJP to destabilise the government in which three persons were held. Therefore, unless entire probe is over, I don’t think any investigating agencies will comment. This is not a case of mobile theft, but an attempted political crime.”

Taking a dig at the BJP, the JMM spokesperson added that if Marandi was confident that the three were innocent, he should help them get a good lawyer and fight their case. “Rather than trying to threaten police officials, Babulal should help his friends get lawyers and fight in court,” he said.

On Sunday, Marandi had demanded a judicial probe by a sitting high court judge into the allegations that the trio was working to topple the state government.

Bhattarcharjee did not mention that, but claimed police investigations were on the right track. “In their confessional statement before police, the accused have admitted that they were lobbying for the BJP and trying to prey on ruling party MLAs. Once the probe is over, police will take further action,” he said.

The spokesperson  reiterated that the JMM-Congress-RJD alliance was intact and the government was here to stay for five years. “Even though a few names of Congress MLAs have found mention in the media as being targeted by BJP agents, none of our MLAs has received any offer. JMM workers know their responsibilities... they know how to counter such attempts.”

The three arrested persons have been identified as Abhishek Singh, Amit Singh and Nivaran Prasad Mahto. Amit and Nivaran are from Bokaro and Abhishek is from Ratu Road In Ranchi. Police have booked them under various sections of IPC, Representation of the People Act, 1951, and Prevention of Corruption Act, besides sedition.

The three have apparently told the police that on July 15, three MLAs—two Congress and one Independent—had travelled with them on a  flight from Ranchi to Delhi to broker a deal. They didn’t name the MLAs but alleged that several BJP leaders  from Maharashtra had approached them to negotiate with MLAs in Jharkhand to try and topple the state government. Police, however, are yet to issue a formal statement on the issue.