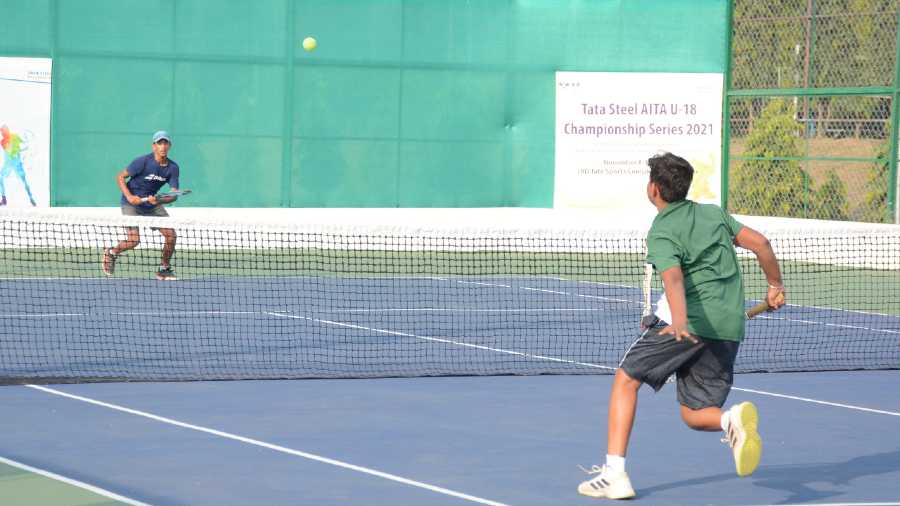 Jharkhand’s Swati Verma turned out to be the sole flagbearer for the state in the quarter-finals of the ongoing Tata Steel All India Tennis Association (AITA) Championship Series 2021, which is being hosted at the DecoTurf courts of the JRD Tata Sports Complex.

Verma assured 10 national ranking points in the girls’ under-18 category on day 2 of the tournament on Tuesday. She drubbed Bengal's Adrija De in a straight 6-0,6-3 encounter to enter the quarter-finals of the singles event. She will be facing 4th seeded Tanisha Roy, of Bengal, in the last eight clash.

In the boys singles’ Under 18 category, unseeded Steven Ankit Ekka of Odisha, toppled Bengal’s top seed Shagnik Bose by a straight 6-4,6-1. Ekka will be facing Divyansh Prahladka of Bengal in the quarter-finals, who in turn ousted 7th seeded Subhro Kanti Ganguli of Uttar Pradesh. Also making an early exit was the 4th seeded Tamoghna Das of Bengal who went down against Bihar's Vaibhav Singh.