Our team swung into action and douse flames soon after we receive such information from Forest Survey of India, says Deputy Director Kumar Ashish 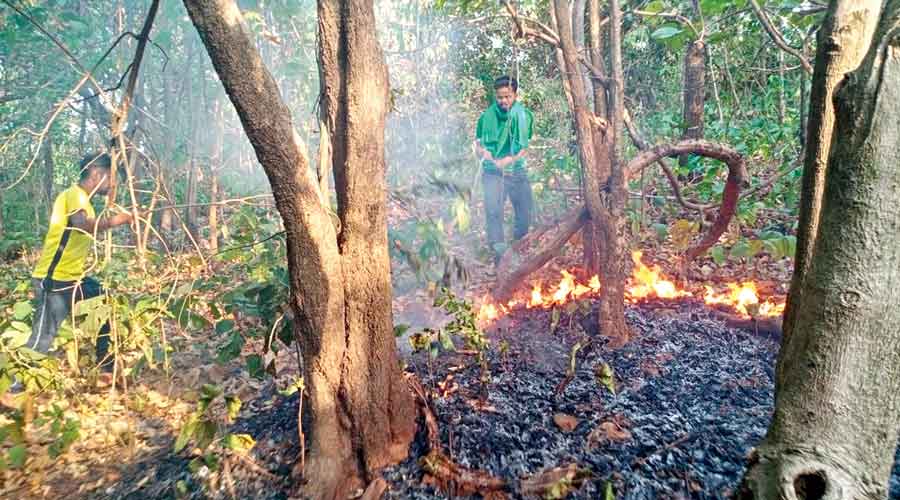 The Palamu Tiger Reserve (PTR) of Jharkhand has witnessed small or big forest fire incidents around 1,600 times this year, a senior official said.

However, there is no report of any damage to wild animals due to the fire incidents.

Dehradun-based Forest Survey of India (FSI) which gets to know about these through real-time satellite observation, have alerted the authorities many a time, PTR Deputy Director Kumar Ashish said.

"Our fire-fighting team swung into action and douse the flames soon after we receive such information from the FSI," he said.

"We are facing challenges to address sudden forest fire incidents in the absence of adequate manpower," he said.

Out of four forest ranges under PTR, only Kutku in Garhwa district has a range officer while such posts in Betla, East and West Chipadohar of neighbouring Latehar district are lying vacant.

An awareness drive is on to sensitise local people about forest fire incidents.

"We have 60 trackers to keep a vigil on wildlife and forest or to launch rescue operation during a mishap in PTR," the official said.

There was information that PTR has only one tiger but four months ago, three sets of pugmarks were found, he said.

"A detailed report was sent to the Wildlife Institute of India in Dehradun to ascertain whether they belong to a single animal or not," Ashis said.

Besides, the PTR has elephants, leopards, grey wolves, gaurs, sloth bears, antelopes and other animals.