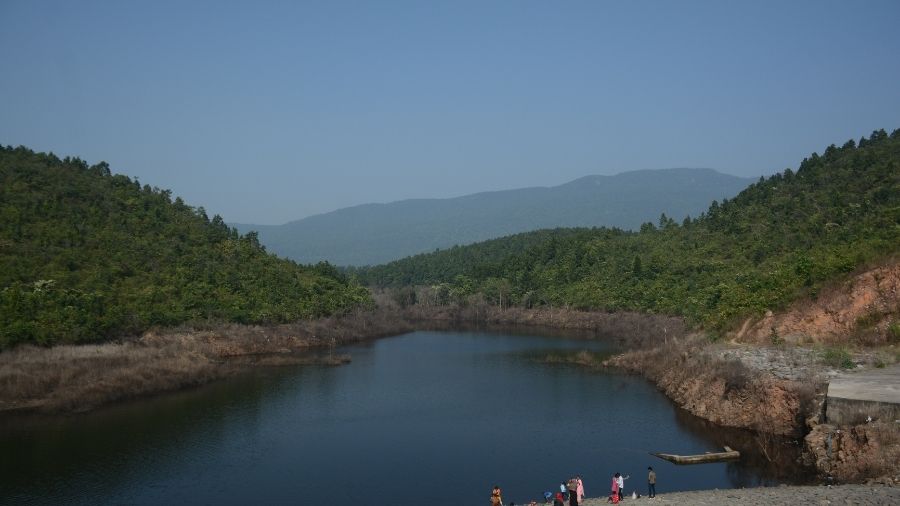 Several areas in Jharkhand, including Ranchi, witnessed an abrupt fall in the minimum readings of the temperature that plunged to around 11 degrees Celsius on Sunday.

Following a warm and cloudy spell that resulted in rain over the last two days, most parts of the state saw clear skies and low humidity levels on Sunday, both conducive to lower mercury readings.

What is better is that similar weather conditions will prevail for at least the next 72 hours before the temperature moves northward due to the return of easterly wind pattern around November 26, which will blow as a result of  a cyclonic circulation, said weathermen.

Recording temperatures a notch below normal, Ranchi on Sunday felt shivers at 11.5 degrees Celsius. On Saturday, the capital had recorded a minimum of 17.7°C, five notches above normal.

The mercury  nosedived to  degrees 10 Celsius at Kanke in the outskirts of Ranchi  from  yesterday's 16.5°C while minimum readings hovered around  degrees Celsius in Ramgarh and Khunti.

"The Celsius is suddenly dropping because  of the free flow of northwesterly wind which usually helps in plummeting night readings," said Abhishek Anand, Deputy Director of  Ranchi Meteorological Centre.

He explained that the northern winds were being obstructed due to an anti-cyclone, which resulted in the adverse weather at Jharkhand.

Anand added that the cool weather will last for at least another 72 hours due to the dominating northwesterly winds. After that, the wind pattern is expected to change to easterly, which will bring in moisture into the atmosphere, he explained.

The forecast also ruled out possibilities of cloud formation owing to local effects or any system over the Bay of Bengal for at least the next three days.

The regional Meteorological Centre in Alipore, Calcutta, said northwesterly winds were currently blowing over the state and would continue to dominate for the next  three  days.

"Clear skies, characteristic of winter, and low humidity resulted in the Celsius plunge in Jharkhand," said a duty officer.