Though digging was launched by JMADA since early morning , it may take two to three days to complete repair work 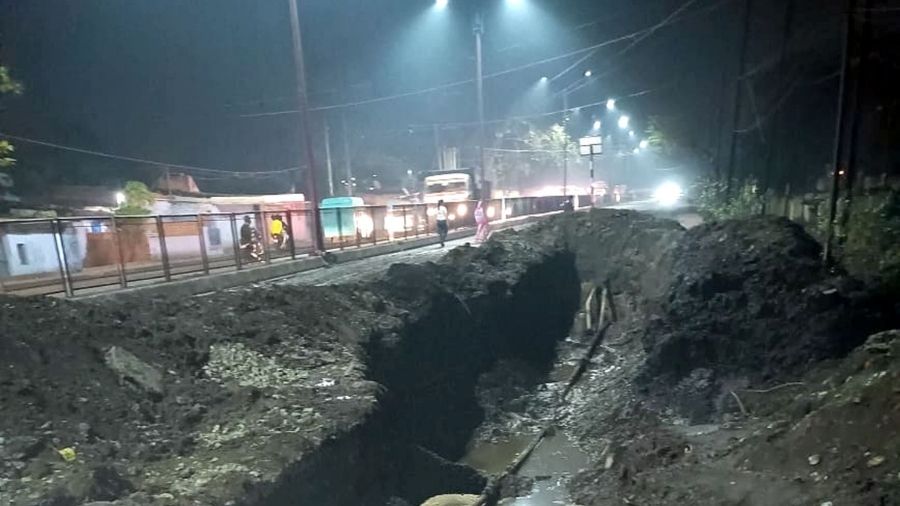 Though digging work has been launched by JMADA since the early morning for carrying out the repair work, it may take two to three days to complete the repair work.

Talking to The Telegraph Online, Indresh Shukla, Executive Engineer of JMADA, said “the pipeline has been damaged due to subsidence and we have already launched the repair work which will take one or two days to resume the water supply”

Md  Aslam, in charge of JMADA’s Putki based water supply network said, “Repeated incidents of damage of water supply pipeline are taking place in the area due to two main reasons, including the damage of galleries of the abandoned mines in the area and also due to the non shifting of the pipeline during the road broadening work.”

He however expressed hope that water supply will be restored in a day to two as the repair work of the damaged pipeline has been launched since this morning on a war footing.