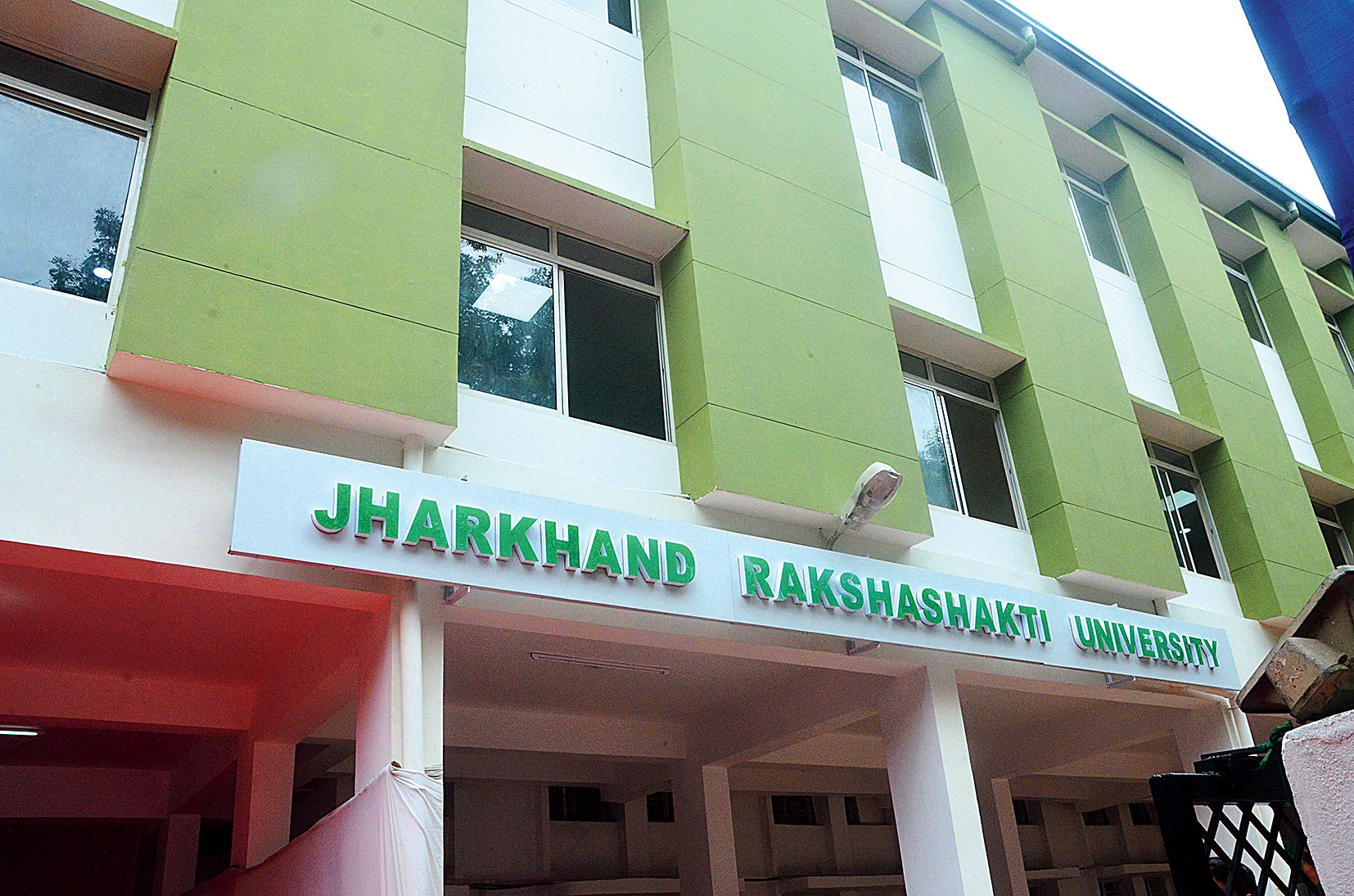 Jharkhand Raksha Shakti University, established in 2016 to provide efficient and trained professionals to meet the demands of police and other security forces, is in the eye of a storm with JMM leader Hemant Soren questioning its efficacy by suggesting that many of its graduates were now working as ATM guards.

While students did not quite endorse Hemant’s views, aired in a tweet, they, however, expressed their displeasure with the university authorities for not organising placements properly and not briefing potential recruiters adequately about the various courses in criminology, forensic sciences and industrial security that they were taught.

At the university at Meur’s Road campus, students aired their views on the tweet freely but did not want to be identified.

“Security agencies want to appoint us as guards when we approach them because they do not an idea about the courses we are taught. I hold the university authorities responsible for this as it did nothing to let the agencies know what qualifications we have,” said one who completed a one-year post graduate diploma in industrial security this year.

Another student, who has done an MSc in criminology this year, agreed.

An assistant professor of the university did not deny the students’ contention, but clarified that a university wasn’t supposed to provide jobs.

“A university can give education. But for jobs, students have to make their own efforts by appearing in various competitive examinations, meeting employers and impressing them with their skills,” he said, adding that Jharkhand Rakshashakti University was imparting quality education in its chosen fields.

“But as far as agencies’ offer of ATM security guards is concerned, it is the fault of the particular agency, not ours,” he added.

Asked to comment specifically on Hemant’s tweet, the assistant professor said: “The first batch of 70 students, whom the JMM leader was apparently referring to in his tweet, was well trained. To the best of my knowledge, 50 per cent have got jobs and those who haven’ are competent enough to get jobs. Students of the university are given 15 grace marks in police recruitment examinations.”

“This year, out of 15 students who appeared for NET in criminology, five qualified. This indicates that our teaching level is good. Also, as many as 10 students got admission in Delhi University,” he added.

Jamuar also claimed that the university’s placement records were better than general universities of Jharkhand, but did not present data to back his claim.

The state government established Jharkhand Raksha shakti University in 2016 to provide trained manpower to meet the demands of police, military and other security forces by providing an opportunity to youths of the state to build careers in these services.

Students are also offered training to tackle contemporary challenges arising out of terrorism, economic offences, cyber crimes, telecommunication offences and the other offences that require expertise in forensic science.