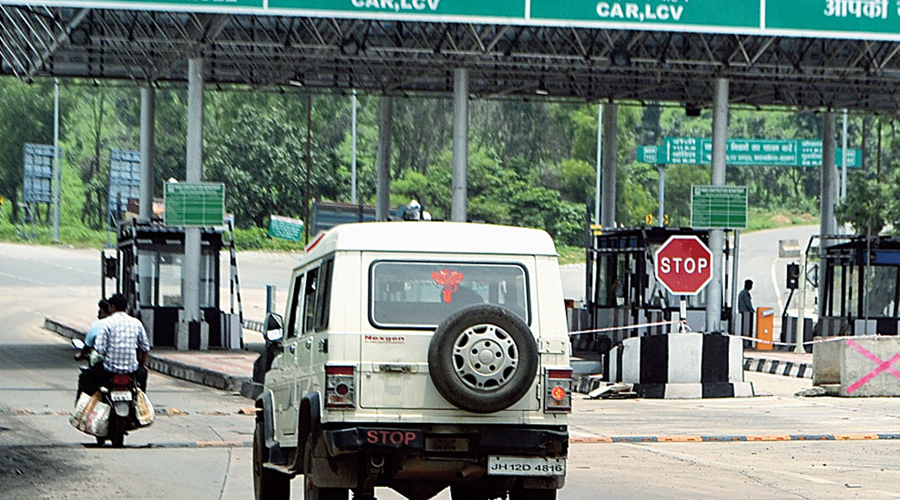 Toll gates across national highways in Jharkhand are ready to implement FASTag, the electronic toll collection system, from Monday midnight following directives from National Highways Authority of India (NHAI) to phase out manual cash transactions across the country.

NHAI regional director S.K. Mishra said that all fee lanes at eight toll plazas in the state have been converted into FASTag lanes for seamless movement of vehicles.

“As per directives from NHAI, manual toll tickets will be phased out from 12am on Tuesday. If anyone still doesn’t have FASTag or face other technical glitches, they will have to shell out double the earmarked rate of toll tax. But it is advisable to get FASTag at the earliest,” said Mishra.

He said all private operators managing toll gates at various locations have been briefed on their roles while district administrations were expected to deploy sufficient security cover at toll plazas for a few days till the entire process was streamlined.

Currently, there are eight functional toll plazas of NHAI. They are in Pundag, Ramgarh, Kandra, Adityapur, Giridih, Dumka, Bokaro and GT Road. An official of NHAI said that while vehicles sold from January 2021 come with mandatory FASTag in them, owners of older vehicles would have to install them on their own.

“At the toll plazas, we are setting up enough counters where people can now buy FASTag and install them in their windscreens. Simultaneously, one can also procure them from Paytm,” he said, adding that about 65 per cent vehicles in the state had availed of FASTag.

“We are trying to create awareness through different modes such as media advisories, billboards and hoardings near toll gates. After it is formally introduced from Monday midnight, those left out will have to come on board to prevent paying double the fixed charges as penalty,” he said.

FASTag was first introduced in 2016 to push electronic payment of fees at toll plazas, reduce waiting time and fuel consumption.