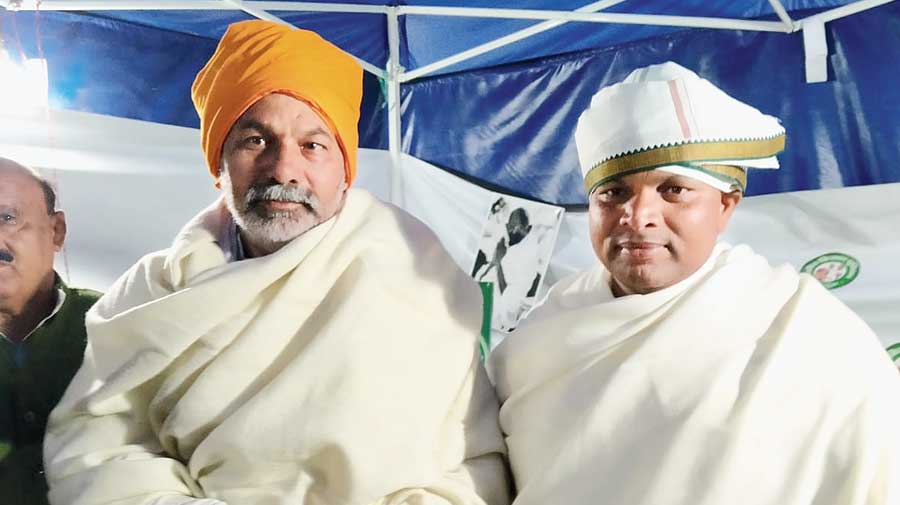 After the meeting, Patralekh, the MLA from Jarmundi, told the media: “A narrative is being set up by people with vested interests that the farmers’ agitation is confined only to a few states. But I have come here to not only extend moral support and solidarity to the agitation but also make it clear that a cross-section of people in Jharkhand are backing the farmers. Almost all the 24 districts in Jharkhand witnessed farmers and civil society groups taking part in rallies to support the movement against the farm laws.”

The leader from Santhal Pargana further said that resentment against the farm laws was not only present in Jharkhand but was also palpable in other eastern states.

“I had met leader of the Opposition in Bihar Tejashwi Prasad Yadav of the RJD and saw thousands of farmers coming out on the streets against the farm laws. We also welcomed thousands of farmers from Odisha who left for Delhi to join the agitation. Similarly, in Chhattisgarh too there is resentment among farmers towards the Union government’s new farm laws. Political parties and social organisations are also backing the farmers’ agitation,” said Patralekh, who offered jal (water) brought from different Jharkhand districts to Tikait.

Patralekh also said that Delhi police was a “mere puppet” in the hands of the Union government which wanted to crush the farmers’ agitation.

Farmers have been protesting at Delhi’s borders since November 26 last year against the three farm laws — Farmers’ Produce Trade and Commerce (Promotion and Facilitation) Act, 2020, the Farmers’ (Empowerment and Protection) Agreement on Price Assurance and Farm Services Act, 2020, and the Essential Commodities (Amendment) Act, 2020.