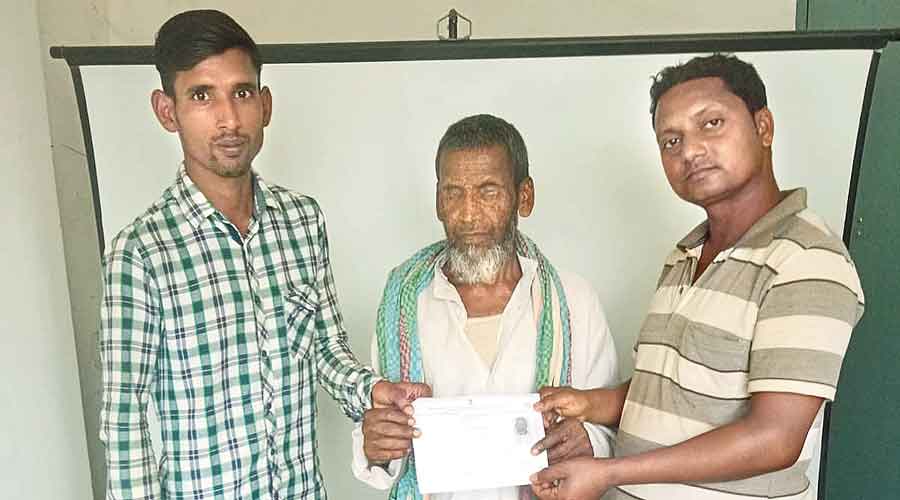 A 70-year-old visually impaired man from a village in Jharkhand’s Godda district will again receive old-age pension after a gap of six years during which the payment was denied on the ground that he did not have an Aadhaar card.

Mohammed Sheikh Gaffoor, a below poverty line citizen belonging to a family of eight, had to face the ordeal since 2016 despite a Supreme Court judgment in 2018 that non-possession of Aadhaar cannot be a ground for denial of government benefits.

Gaffoor will receive the pension for March this week. He is entitled to a monthly pension of Rs 1,000.  His Aadhaar enrolment, stuck for years because of the failure to read his damaged irises, was also completed on Wednesday.

“I was out of town and had asked officials to get the pension sanctioned. It has been done and he will receive his March pension soon. We will also get his Aadhaar card done at the earliest,” said Godda deputy commissioner Bhor Singh Yadav.

On Wednesday social activist Mohammed Gulzar, who had brought Gaffoor’s plight to the notice of authorities, received a call from the block development office.

Gaffoor told The Telegraph over phone from his home in Manzar Buzurg: “I do not know what happened. I was taken to an office and told I would now get my pension. It will be a great relief.”