Jharkhand records 12 Covid deaths, highest in a day during this wave 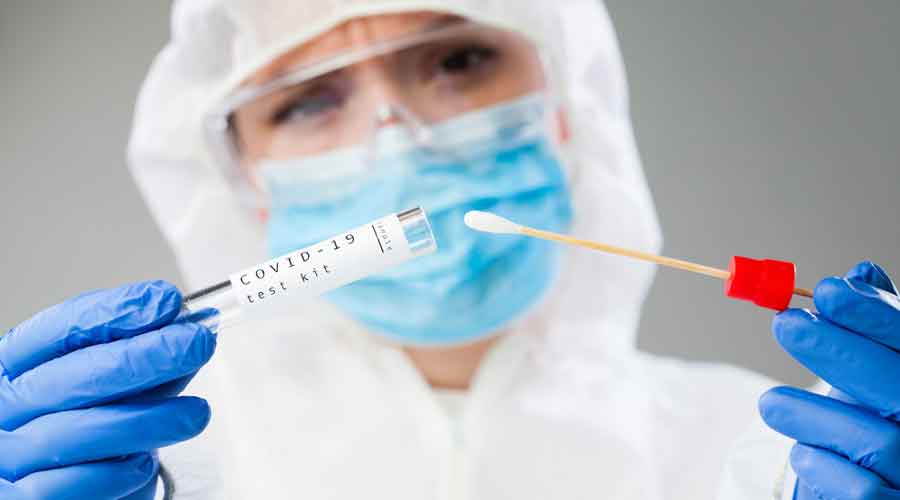 Jharkhand recorded its highest single-day fatalities during the ongoing third wave of coronavirus infections with 12 deaths in the last 24 hours even as recoveries continued to outnumber fresh cases over the last few days.

Since the outbreak of the third wave in the state from last week of December, 2021, the state had till now reported a maximum of eight deaths in a day on January 12.

As per the covid bulletin issued on Wednesday night, as many as 3,769 people recovered from the virus infection in comparison to 2,617 fresh cases. The total number of Covid deaths in the state now stands at 5,225. Active cases are at 27,422.

While health department officials maintained that the continuing dip in new cases, compared to recoveries, since January 15 was a  welcome sign for Jharkhand, but growing fatalities was a concern.

"A similar trend is continuing currently. This probably indicates that the wave is slowly waning, but it is still too early to conclude substantially unless we report a steady fall in fresh cases for about 10-12 days,” remarked an IDSP official at the health department.

He said most of the deaths were due to patients suffering from comorbidities. Most of these victims were doubly vaccinated. "But it needs to be probed why fatalities are more in East Singhbhum. Even during the first wave, we saw more deaths in East Singbhum,” he said.