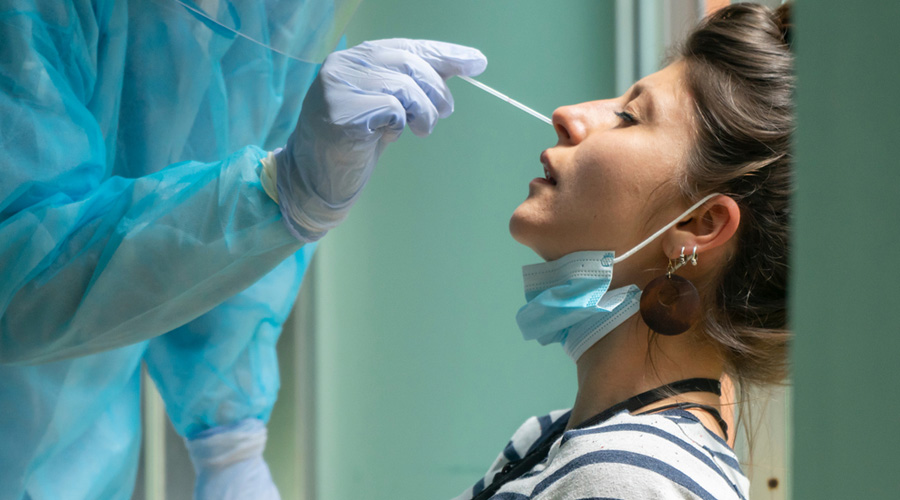 The mission director has asked deputy commissioners to issue necessary instructions for immediate compliance so that findings can be shared with the state health department.
File picture
Our Correspondent   |   Ranchi   |   Published 12.02.21, 08:22 PM

The Jharkhand health department has directed all 24 districts to undertake independent audits of Covid-19 testing data in the wake of a massive testing fraud that has surfaced in neighbouring Bihar, prompting the Nitish Kumar government to launch a probe.

Sources in the state health department said on Friday that in order to eliminate any such possibility here, letters, signed by Jharkhand Rural Health Mission Society (JRHMS) director Ravi Shankar Shukla, were dispatched to all deputy commissioners on Thursday night, asking them to maintain strict vigil to prevent forgery.

According to the letter, a copy of which is available with The Telegraph Online, Shukla has asked deputy commissioners to set up a district-level team to independently re-verify the authenticity and validity of Covid-19 testing data.

“Verify randomly the identity of the patient tested for Covid-19 by matching key fields such as SRF ID (specimen referral form identity number), mobile number, address and the like. Analyse the turnaround time i.e. gap between sample collection, testing and generation of results. Analyse the pendency in data updation in ICMR portal and ensure regular updation besides any other measures deemed fit to retain the authenticity of all the data,” the letter said.

The mission director has also asked deputy commissioners to issue necessary instructions for immediate compliance so that findings can be shared with the state health department.

Shukla termed the letter as a routine process. But another official in the health department admitted that errors could not be ruled out. “Although we have been alert from the beginning to prevent any data fudging at any level, issues can’t be ruled out since private players have been roped in for Covid testing. So as a heightened precaution, a data audit is required,” he said.

The officer added that all districts had been asked to increase the rate of testing as compared to a few months back, Jharkhand’s daily testing rate is less than 10,000 in recent weeks. “Although the positivity rate and overall infection is low of late as per the national trend, but this is also the time when we shouldn’t let our guard down and try to test as many people as possible to ensure that undetected cases don’t exist. In some districts like Pakur, Khunti, fresh cases surfaced again recently, which meant that either people remained undetected or the infection came from outside,” he said.

As per government data issued on Thursday night, as many as 119,206 people have been infected by the virus in Jharkhand so far. Of them, 98.71 per cent of have recovered. Of the 456 active cases in the state, at least 227 were from Ranchi. Jharkhand orders audit of Covid testing data