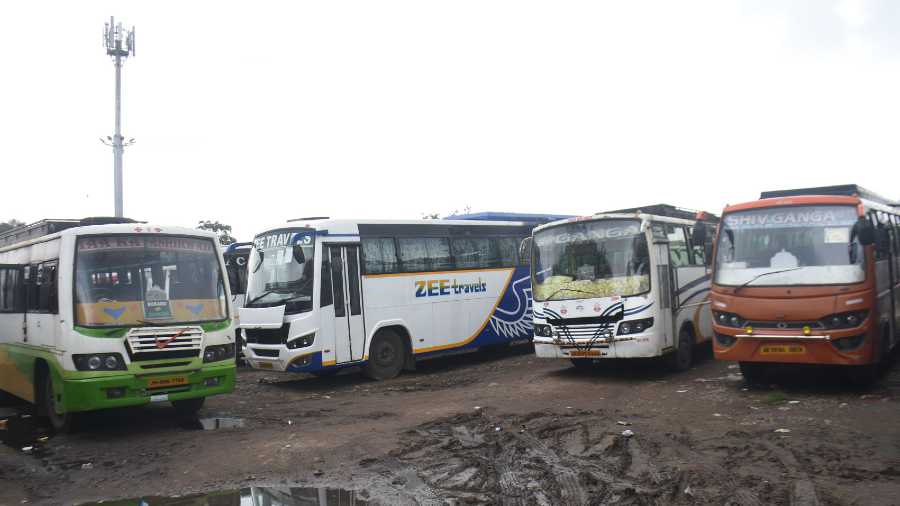 Latest government diktat that prohibits use of ACs in interstate buses and restricts fare-hike is incurring double damage for the bus operators.

Rubbing salt to the injury of fleet owners is lesser occupancy as around 40 per cent of the inter-state buses are still lying grounded.

Questioning the logic behind the restriction, Sanjay Singh, vice president of Dhanbad Bus Owners Association said, “Different sets of rules for different buses are incomprehensible. Many interstate buses plying between Dhanbad and Asansol (63.5 kms) or Dhanbad and Purulia (59.8 km) cover less than the distance covered by intrastate buses plying between Dhanbad and Ranchi (149.6 km). But there is no ban on AC usage in such intrastate buses. In buses covering lesser distances, chances of Covid infection spreading due to AC usage is slimmer.”

Explaining how the ban is affecting their already ‘in doldrums’ business he said, “Lack of permission for use of ACs in interstate buses is acting as a deterrent in getting passengers. Most prefer travelling comfortably.”

Another blow to their business is the steep rise in fuel price and ban on fare-hike. “We are facing severe financial blow due to the hike in diesel prices. Now costing Rs 95 per litre, we are incurring heavy losses as there is a ban on fare-hike. We will be compelled to stop operations,” Singh added.

The state level body of fleet operators - Jharkhand Bus Owners Association led by president has already pleaded before the state government to reconsider its decision on banning fare-hike and AC usage in interstate buses.

Elaborating about the situation of lesser occupancy, Singh said, “Out of five buses of Asansol only two are running even when we are willing to operate buses. We come to the Bartand bus depot with full crew members but have to return back as we don’t even get 10% of what we used to get as passengers.”

He further elaborated that the average occupancy in interstate buses is around 30%. “We are somehow operating the buses despite incurring heavy losses hoping that occupancy will gradually improve and that the government will allow us to increase the fare,” said Singh.

Echoing similar sentiments, Sunil Singh, owner of Sunil Deluxe, General Secretary of Dhanbad Bus Owners Association, said, “Only around 20 out of 40 buses of Bengal route have been relaunched since August 1. This is primarily due to lack of passengers and other constraints.”