Elsewhere in the state: Oxygen plant gets NOC in 24 hours; Nine-year old girl found dead in forest; Black day for men in uniform at Palamau 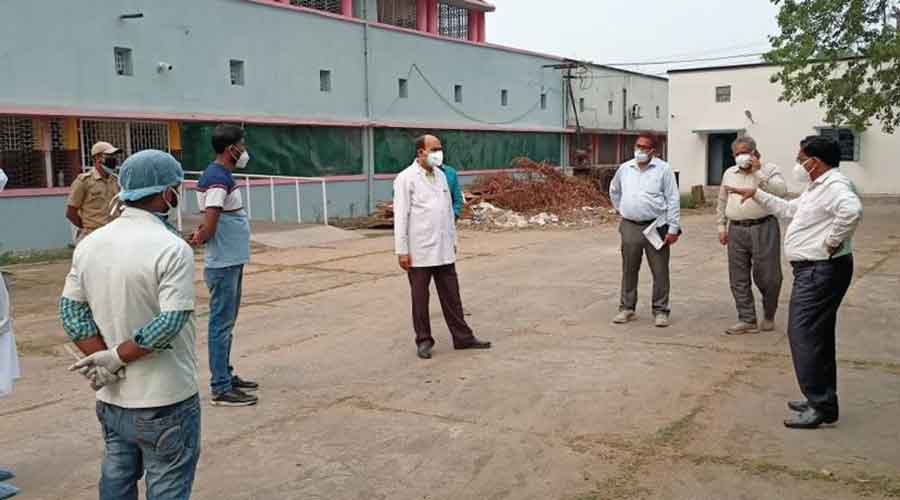 Rao, accompanied by other senior officials of BCCL also reviewed the medicine availability and oxygen supply at the hospital. He instructed the Central Hospital authorities, which has been converted into a dedicated Covid hospital to ensure best treatment to the patients.

The 60 bed ICU of Central Hospital is the first Covid designated ICU in the district with state of the art facilities.

BCCL has been following all the Covid protocols including wearing masks at its headquarters at Koyla Bhavan and all other offices.

Oxygen plant gets NOC in 24 hours

Hazaribagh: An oxygen plant was given clearance and made operational in Demotand industrial area close to Hazaribagh town following the increased demand with rapid rise in Covid cases.

Mahirisi air solution plant was constructed last year but did not get an NOC from the state government.

Chief secretary, Sukhdev Singh, coordinated with different departments to get the clearance in 24 hours.

Officials said the district needed 200 cylinders daily and the new plant has the capacity to supply 250 per day. The plant will supply to government and private hospitals.

HZB Arogyam, a private hospital in the district, is installing a mini plant at its campus to produce oxygen.

It will produce 50 cylinders of oxygen daily, meeting the requirement of the hospital, said director Harsh Ajmera.

SP Ramgarh Prabhat Kumar at the location where the girl's body was found.
The Telegraph picture

Ramgarh: A partially burnt naked body of a nine-year-old girl was found on Thursday afternoon near Sayal 10 number mines in the Bhurkunda police station area of ​​the district.

The girl was identified as Pratigya Kumari. Her father, Mohan Mahalani, is a resident of Chhattisgarh and works in a brick kiln here. The family had rented a house near the Patratu railway colony.

On April 20, Pratigya had gone missing from the railway colony. Two days later, when her father was about to lodge a complaint at the Bhurkunda police station, he received information about a dead body in a forest. On reaching the forest, he confirmed it was his daughter.

SP Ramgarh Prabhat Kumar said,”We are investigating the case from all possible angles. We have sent the body for post mortem."

Black day for men in uniform

Daltonganj: A police personnel posted at the Lesliganj Police Station in Palamau died on the spot on Thursday as his patrol car hit a truck from behind and fell into a ditch on Panki Road at around 12:30 am, said sub-divisional police officer Anup Kumarr Baraik.

Sub-inspector Yadav and four other cops were on patrol duty on Thursday night when the incident took place, damaging the car completely.

One of the personnel was shifted to RIMS in Ranchi after sustaining critical injuries while three others remained admitted at the Medinirai Medical College Hospital in Daltonganj.

In another incident, 45-year-old home guard personnel Suwans Kumar Singh died on the same day at Medinirai hospital after a heavy iron sliding entrance gate fell on him.

Palamau Assistant Superintendent of Police K Vijay Shankar said the jawan was rushed to the hospital but he succumbed to his injuries enroute.