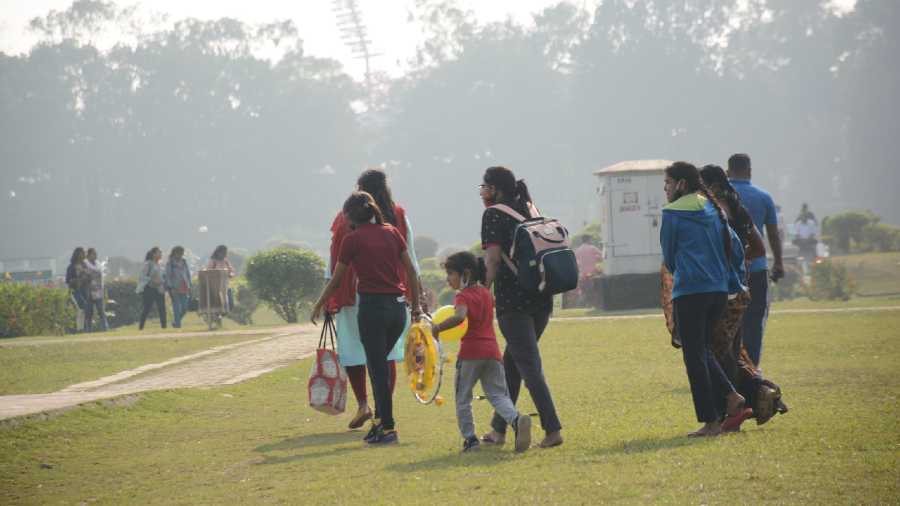 Jamshedpur: Ranchi Meteorological Centre on Tuesday, warned steel city residents of dense fog in several pockets of Jamshedpur in the next 24 hours.

The weatherman has also predicted light rain in several districts between December 3 and 6.

Head of Ranchi Met Centre, Abhishek Anand said, “Dense fog can reduce surface visibility in central and southern parts of the state during the next 48 hours.” He further added, “A low pressure system is brewing over the southern Bay of Bengal. It will impact Jharkhand's weather between December 3 and 6."

There is a rain forecast for southern, north-eastern and central Jharkhand between December 3 and 4, whereas the state is to witness light rain in isolated places on December 5 and 6.

The forecast, however, indicates that there will be significant change in night temperature for the next few days but thereafter the cloud cover can result in a rise in the night readings by at least three degree Celsius.

Met data has revealed that the minimum temperature will hover between 11 and 13 degree Celsius in most districts of the state for the next 24 hours.

Dhanbad: A team of national road safety council of union Ministry of Road Transport and Highways led by its member Ravindra Tiwari inspected various crossings of Dhanbad including the Ranagtand square and Gaya Railway underpass, following which they held meetings with senior officials of district administration. Tiwari expressed serious concern over vehicles being parked outside malls. Dhanbad Municipal Corporation has been asked to ensure that the parking is done inside the mall premise and not on the streets.

He also took stock of the traffic jam situation prevailing near the Gaya railway underpass and asked railway officials to initiate the construction of another underpass to ease traffic movement.

Notably, road safety council chaired by Nitin Gadkari, Union Minister of Road Transport and Highway has been established under section 215 of the Motor Vehicle Act, 1988 with the objective of establishing road safety aspects in the road transport sector.

A recently concluded football tournament in Daltonganj
Sourced by the correspondent

Daltonganj: A week-long interstate football tournament will be hosted at Daltonganj police line from December 15 onwards in the memory of the martyrs of Palamu. “Family members of these martyrs will be felicitated during the event,” said one the member of the committee Sheo Kr Mishra.

“Teams of Calcutta, Delhi, Bihar and Jharkhand will be fighting for the championship, '' said the secretary of the football tournament committee M K Lali.

“A fancy match between the women's soccer team of Calcutta and Varanasi will be played during this tournament,'' added Lali.

“To watch the match one would need to purchase a ticket,” said the working president of the football tournament committee K Vijay Shankar, additional superintendent of police Palamau.

Tickets have been priced at as little as Rs 10, however, season tickets worth Rs1,000 and Rs 500  will also be available.

However, the detection of the new Covid variant Omicron, could play a truant.