Elsewhere in the state: Culvert submerged in water, Dulmi block disconnected from Ranchi; Palamau gets new civil surgeon in 40 days 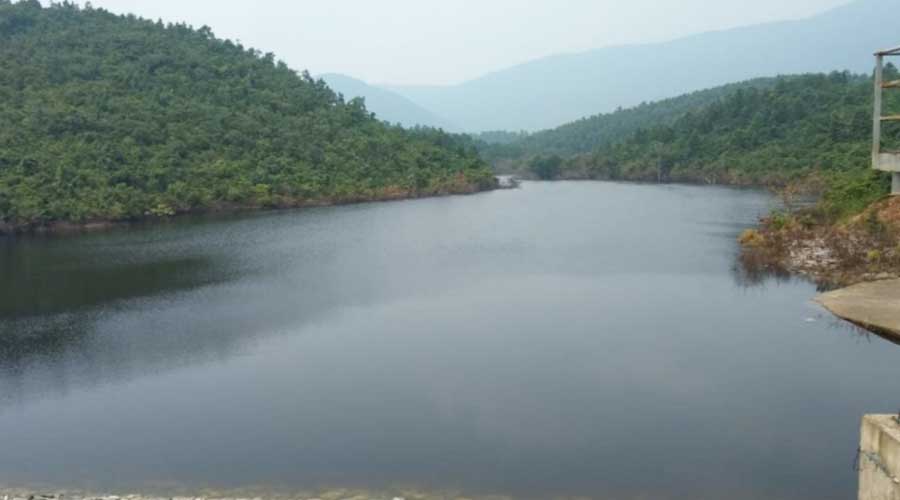 Jamshedpur: An 18-year-old youth drowned in Satnala dam on Saturday evening and a middle-aged woman was rescued from Kharkai River along Bagbera locality of the steel city on Sunday morning.

The woman identified as Priya Sharma of Bagbera Colony had jumped into the swollen river at Kushum ghaat along Bagbera around 6 am on Sunday. As she plunged into the river, another woman who was taking a bath, alerted others, present there.

Two fishermen present at the river side swung into action and saved the woman from drowning.

"From a statement from the woman, we learnt that the woman wanted to die by suicide due to a family dispute," said Singh to The Telegraph Online.

In another incident, five youths from Azadnagar area of Mango went to Satnala dam situated at Dobo village in the adjoining Chandil thana area on Saturday late afternoon.

The youth, in the age group of 18-19 years, wanted to take a bath in the dam, but as there was a police party posted there, the latter thwarted them away. Eventually, after the police party returned from their post at 4 pm, the youths returned to the dam.

The OC of Chandil thana, Sanoj Chaudhury said the four youths who knew swimming had jumped into the dam for a bath.

"The fifth one, identified as Aftab Hussain, too took a plunge into the water body though he did know how to swim. Soon Aftab drowned and none of the remaining four could save him, "Chaudhury said to The Telegraph Online.

The OC of Chandil thana said an NDRF team present at Jamshedpur was pressed into service on Sunday morning and the body was finally recovered.

A resident of Old Purulia Road in Azadnagar, Aftab was a student of Karimcity College.

Locals at the submerged culvert on Sunday.
The Telegraph picture

Ramgarh: The culvert on the Potamdaga Kulhi road of Dulmi block under the district was submerged in Bhairavi Dam water after incessant rainfall on Sunday.

The construction work of the bridge has been halted midway for several months.

Local villagers are disconnected from capital Ranchi. They have to undertake 10km journey to reach Ranchi.

Congress leader and social worker Sudhir Mangalesh, said,"The river water is flowing from 1 feet above the culvert. Dozens of villages of Dulmi block, including Gola Sikidiri and Gola have to reach Ranchi by joining Charupath, but after the culvert was filled with water, the arrival here completely stopped."

Congress leader Sudhir Mangesh said that the bridge construction work started here on 2018 and work had to be completed by 2019, but due to the negligence of the contractor and the department, the work has not been completed till date.

The problem will be borne by the villagers of Dulmi block area. Sudhir Mangesh said,"Legal action should be taken against the contractor. He should be blacklisted.”

"We have met the local MLA Mamta Devi and demanded the dismissal of the contractor," said villagers.

The notification read that Anil Kumar will be in-charge civil surgeon in addition to his existing role as district reproductive child health officer.

The outgoing civil surgeon Dr John F Kennedy was infected with coronavirus in the second week of April following which his family members rushed him to a super speciality hospital in Bihar's Patna where Kennedy remained on life support system for weeks.

DC Palamau Shashi Ranjan said as the chair of the civil surgeon had to be filled following the acute sickness of the then civil surgeon, Anil Kumar Srivastava was brought in as an acting civil surgeon.