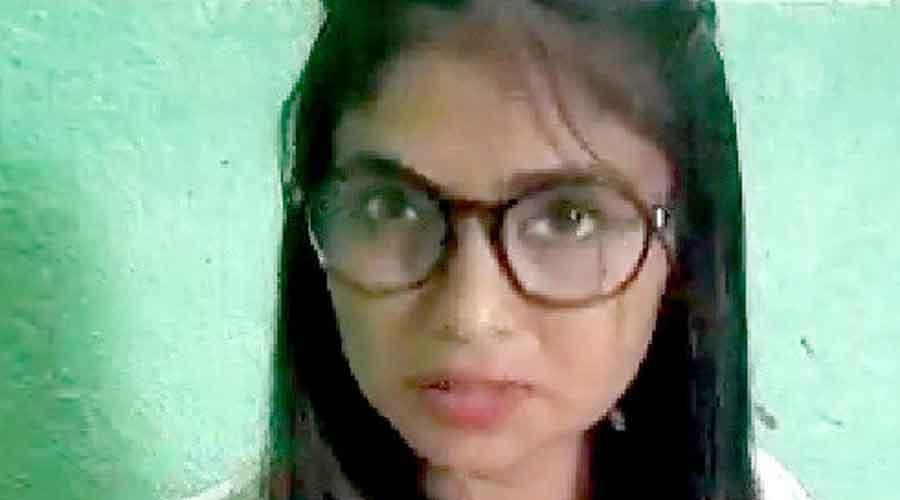 Dhanbad: Pari Paswan, a Gumla based model, who has earlier featured in a number of web series has accused her in-laws of inflicting torture on her for demanding a dowry worth Rs 5 lakh and a car. Pari had lodged a dowry case at Katras police station against her husband and his family including his mother Aasha Devi, his elder brother Chandan Paswan and sister in law Punam Devi on July 17. Niraj was arrested on July 19. “My in-laws have accused me of concealing the fact that I have a baby from my earlier marriage before my marriage with Niraj but quite contrary to that, he was fully aware of the fact and I have photographs to show him playing with my child during his visit to my house prior to my marriage with him,” said Paswan. (Praduman Choubey)

Hazaribagh: The CRPF 22 battalion on Monday has taken the responsibility to clean the famous Hazaribagh lake which is a cluster of four lakes after a public outrage and Jal Satyagraha by Congress leaders. On Monday, 100 jawans came and started cleaning the lake using equipments as well as tractors to remove the garbage. Local residents as well as political leaders had started an agitation to draw the attention of the district administration to clean the lake. (Vishvendu Jaipuriar)

Dhanbad: Ajit Louis Lakra, former chief engineer of Dhanbad Municipal Corporation, who was evading arrest in connection with a Rs 28.34 crore scam of National games, 2011 died on Monday due to a cardiac arrest in a private hospital of Dhanbad. He was admitted on Sunday night in the hospital following the complaint of chest pain and restlessness and he died during the course of the treatment. Notably, a case has been lodged against him and four others 10 years ago and a special court of Anti Corruption Bureau has issued non bailable arrest warrant against him earlier this year after which he was evading police arrest. (Praduman Choubey)

Dhanbad: Two rival groups of Katras trying to establish their supremacy at Chaitudih area of Katras on Monday engaged in violence at a mining site of a private miner, Kejriwal Outsourcing, engaged in coal excavation work on behalf of BCCL during which they fired against each other and also hurled bombs. No one however sustained any injury during the violence. While one group led by a local Congress leader Sheikh Kalim reached the mining site to stop the work demanding jobs for labourers owing allegiance to them, the other group having the patronage of former Baghmara MLA, Jaleshwar Mahto reached there to continue the mining operation. A team of police led by Baghmara DSP, Nisha Murmu who reached the site controlled the situation after which both the groups fled from the site. (Praduman Choubey)