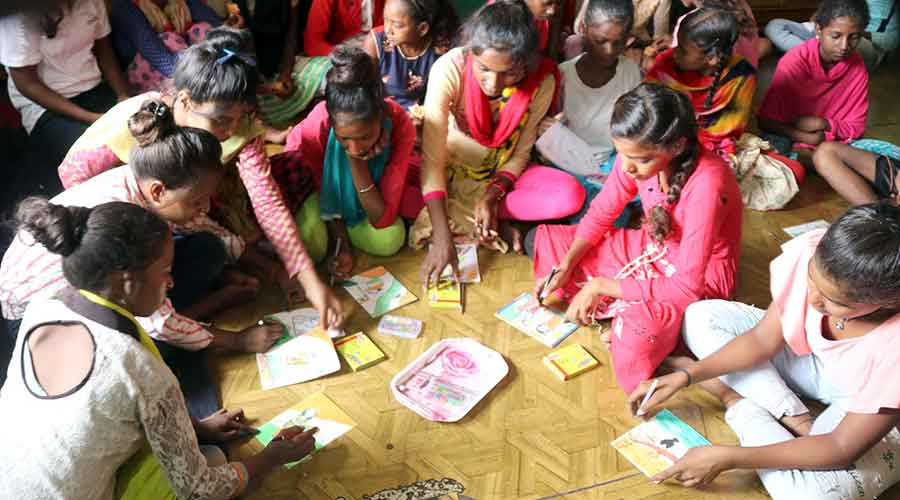 Participants take part in the card designing competition and exhibition at Jharia in Dhanbad on Thursday.
Gautam Dey
Our Bureau   |   Published 13.08.21, 12:04 AM

Dhanbad: A card-making workshop was organised under the leadership of private tutor Pinaki Roy, founder of Jharia based NGO Institution for National Amity that was aimed at inculcating a sense of patriotism among 40 students of 12 to 19 year age group ahead of Independence Day.

Talking to The Telegraph Online on Thursday, Roy said, “At the time of the pandemic when several restrictions have been imposed by the union home ministry to avoid overcrowding during Independence Day celebration, we decided to propagate patriotic fervour among students by organising the workshop and the response was quite encouraging today.” 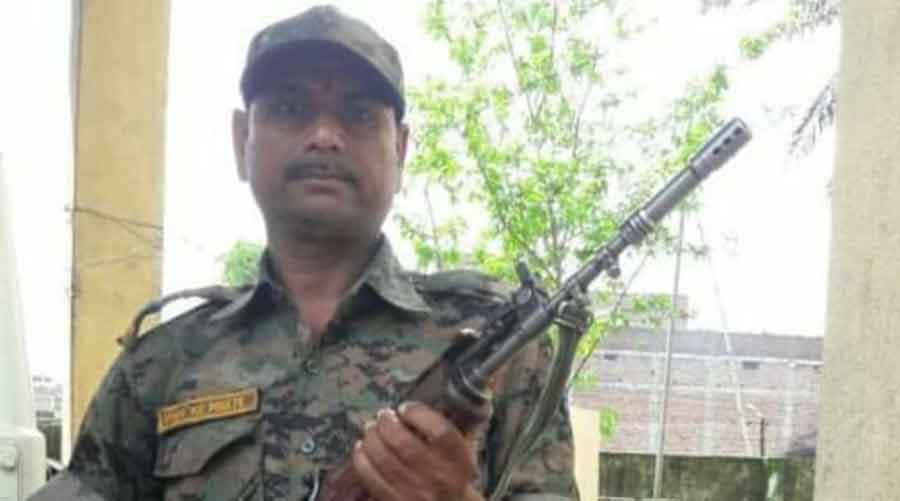 Hazaribagh: A 54-year-old police jawan died under mysterious circumstances at Hazaribagh police line with police claiming that accidental firing from his own Insas rifle claimed his life.

Rajkumar Mahto was a resident of Jori village of Huntergunj block in neighbouring Chatra district. He joined the service in 2018 and is survived by his wife, three sons and a daughter.

Policemen on condition of anonymity said he died by suicide as he was suffering from depression for long. But those close to him as well as relatives opposed the suicide theory and said he was of jovial nature. They said he was diabetic and undergoing treatment in Ranchi.

Inspector of Sadar Circle Lalit Kumar Singh said investigation has started keeping in mind all the possible angles. His body was handed over to relatives after post mortem at Hazaribagh medical college and hospital.