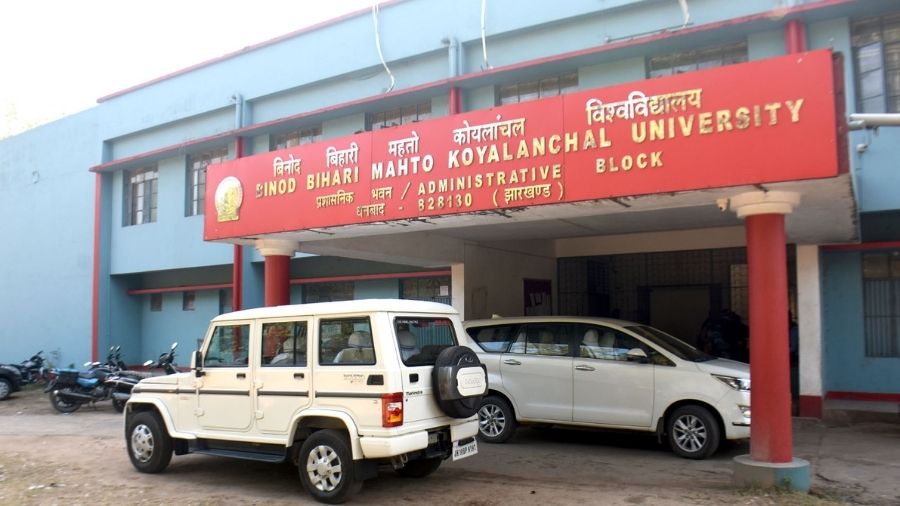 Dhanbad: The shadow of rising Covid cases across the state has taken its toll on the university exams once again as the Binod Bihari Koylanchal University (BBMKU) on Tuesday deferred the undergraduate and postgraduate exams.

Talking to The Telegraph Online, Suman Kumar Barnwal said, “Though we have deferred all the exams for the time being, we have decided to seek permission for holding semester exams of professional courses as well as PG course having lesser number of students as examination can be organized observing all covid protocols in the strictest sense”

The UG and PG semester II exams were originally scheduled to begin from January 6 while the PhD entrance exams were scheduled on January 9.

Jamshedpur: The Jharkhand chapter of the Confederation of Indian Industry (CII) on Tuesday organised its third edition of Information and Communications Technology (ICT) Conclave over a virtual platform.

The objective of the ICT Conclave was to inspire the stakeholders towards building an even stronger culture of Information and Communication Technology in Education (ICTE) in their organisations.

The conclave acted as a forum wherein the participants got the opportunity to interact with the ICTE professionals, thought leaders to learn the best practices.

Over 100 delegates participated in the virtual conclave.

The meeting held under chairmanship of Additional Collector of Bokaro, Sadat Anwar during which senior officers of district administration including the district mining officer Gopal Kumar Das besides the estate officers of different mining companies  and others were present discussed the issues related to land affecting the acquisition of allotted blocks for facilitation of launch of mining activity.

Talking to The Telegraph Online today, Anwar “since this was the first meeting of the committee after his establishment we had only initial discussion about the land issued faced by some these coal block alottees”

“We have the received the list of land and areas from coal block where some issues are being faced by them and we will try to resolve the same at the earliest after finding the details of the problems,” said Anwar adding the monthly meeting of the committee would be held during which the progress of resolution of the issues raised during the previous meeting will be reviewed.