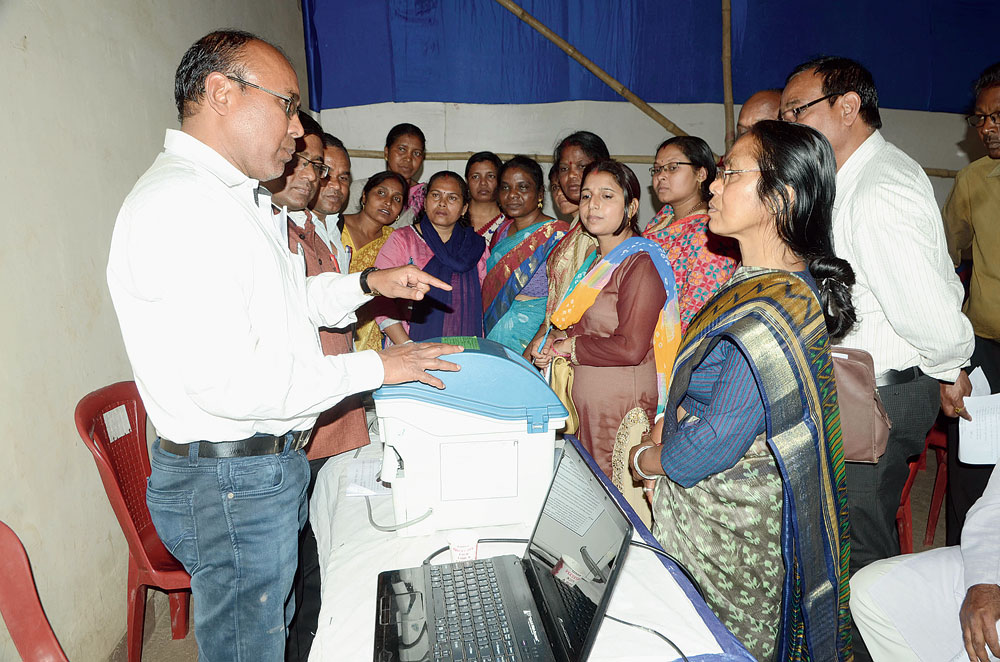 The Congress leadership is increasingly finding it tough to fix a seat-sharing deal for the Lok Sabha polls with alliance partners JVM and JMM in Jharkhand as both parties are mounting pressure on the Congress to finalise the math quickly but at the same time demanding more seats.

The Congress, helming the Opposition alliance in Jharkhand against the BJP, had in consultation decided that of the 14 Lok Sabha seats here, it would contest seven seats while the JMM, JVM and RJD would contest four, two and one, respectively.

But the JMM does not seem happy with four seats, Dumka and Rajmahal where the party has sitting MPs, Giridih and Jamshedpur. “We want the Singhbhum and Khunti seats because our party is in a stronger position in these two constituencies compared to the Congress and others,” said JMM spokesperson-cum-central general secretary Vinod Pandey.

“We want to stake our claim to the Singhbhum seat because of the fact that in 2014 Assembly poll our party had won five out of six Assembly seats there. We also have a strong presence in Khunti. The ultimate aim is to defeat the BJP. In these two seats, the JMM backed by other Opposition parties can do so. The electoral success of any national party depends on how much it reposes its trust in the capabilities of its regional partners,” Pandey said.

But, it is tough for the Congress to cede the Singhbhum seat as Jagannathpur MLA Geeta Koda had merged her party Jai Bharat Samanta Party with the Congress only on the condition that she be made the Lok Sabha candidate from Singhbhum constituency.

Contacted, state Congress president Ajoy Kumar said he was not aware of who introduced these new demands. “The JMM had demanded at least one seat in Kolhan division so we gave them the Jamshedpur seat. I don’t know how the issue of Khunti and Singhbhum came in the discourse. The seat-sharing exercise will be finalised soon,” said Kumar.

The JVM so far is also adamant on the Godda seat for its MLA Pradeep Yadav, locking horns with rival claimant, Congress veteran Furkan Ansari, over it. Unconfirmed sources hint that the Congress has given in to the JVM, but no official statement has come to the fore.

On Monday, JVM chief Babulal Marandi and JMM working president Hemant Soren held a closed-door meeting and lobbed the ball in the Congress court, saying seat-sharing should not be kept on hold at a time Lok Sabha poll dates had been announced and voters needed to know who the Opposition candidates were.