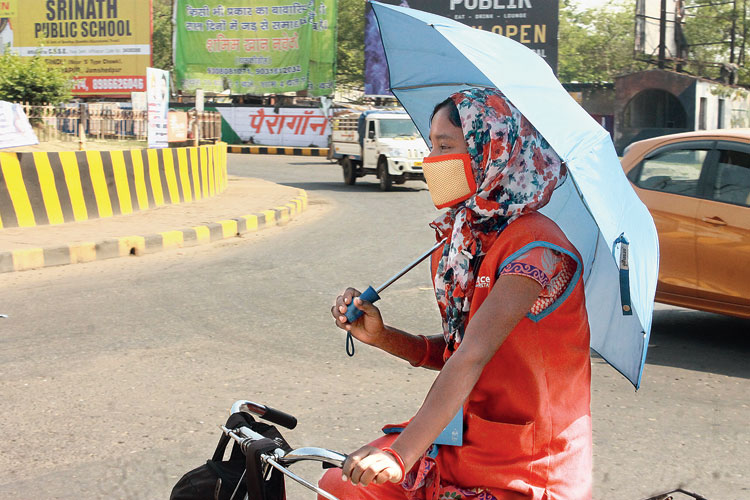 Though the storm was triggered from Chhotanagpur plateau region, it lost steam midway in Kolhan in the absence of moisture.

The local weather office recorded a wind speed of 35kmph on Wednesday evening.

Gusty winds was also experienced in several districts in southern Jharkhand such as Simdega, Khunti and Seraikela- Kharsawan.

“We were expecting a Nor’wester as conditions were favourable. But lack of adequate moisture turned spoilsport,” said S.D. Kotal, the director of Ranchi Meteorological Centre.

Excessive heating of land coupled with presence of a trough had triggered the storm.

But it lasted for a few minutes and without any rain. Clouds could also be seen in Ranchi but did not turn into rain or storm.

A senior Met scientist at IMD’s Ranchi Met Centre, Upendra Srivastava, said this is pre-monsoon season and they were expecting Nor’wester in frequent intervals.

The IMD on Thursday issued an alert on rising heat in Jharkhand in the next 72 hours. Light rain and thunder was also predicted on April 6 and April 7 because of a cyclonic circulation over neighbouring Odisha.