Rajesh Kumar, who suffered serious bullet injuries during the operation in Latehar, was airlifted to Ranchi for treatment, but died later 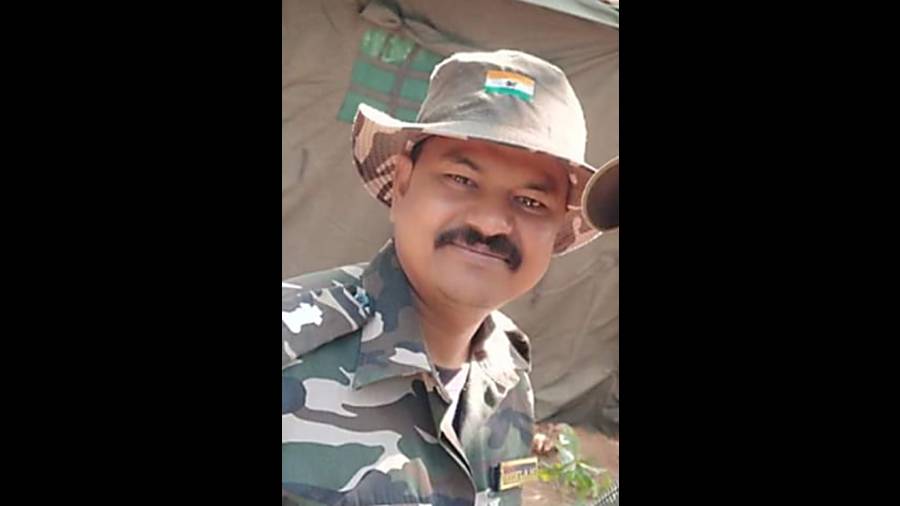 Deputy commandant of Jharkhand Jaguar (JJ) Rajesh Kumar succumbed to bullet injuries he suffered during an encounter with an extremist group in Nawagarh forests of Latehar district on Tuesday afternoon. He was 41.

One of the rebels, affiliated to a CPI(Maoist) splinter group, Jharkhand Jan Mukti Parishad (JJMP), may have also died, police sources said. Many rebels were injured, he added.

JJ is an assault force of the state police. According to sources, the encounter occurred around 3.30pm. Kumar, who was grievously hurt, was airlifted to Ranchi’s Medica hospital for treatment in the evening. He succumbed to injuries later.

ADG operations of the state police Sanjay Anand Lathkar confirmed the news about the encounter.

Deputy commandant Kumar was from Munger in Bihar and belonged to the BSF's 84 battalion. He was on deployment in Jharkhand Jaguar, also known as special task force (STF), since 2018.

“Latehar police were tipped off about a large number of JJMP rebels assembling in Nawagarh jungles and that they were planning something big. Based on the information, an operation was launched jointly by JJ, district police and CRPF. The rebels open fired, thereby forcing security forces to launch a counter offensive in which a deputy commandant was injured (he succumbed to injuries later in hospital). But our boys also managed to kill one naxal,” said an official of JJ, who was waiting for the chopper carrying Kumar at the mega sports complex in Hotwar.

He added that the security forces recovered several arms and ammunition including an AK-47.

The incident occurred two days after Union home minister Amit Shah held a meeting of all naxal-affected states to take stock of the situation. At the meeting, Jharkhand chief minister Hemant Soren mentioned that extremism was on the wane, limited to certain pockets of the state. He also demanded more funds from the central government for left wing extremist areas.