The ground, which was sprinkled with 270 tonnes of stone dust, has been rendered unfit for playing football 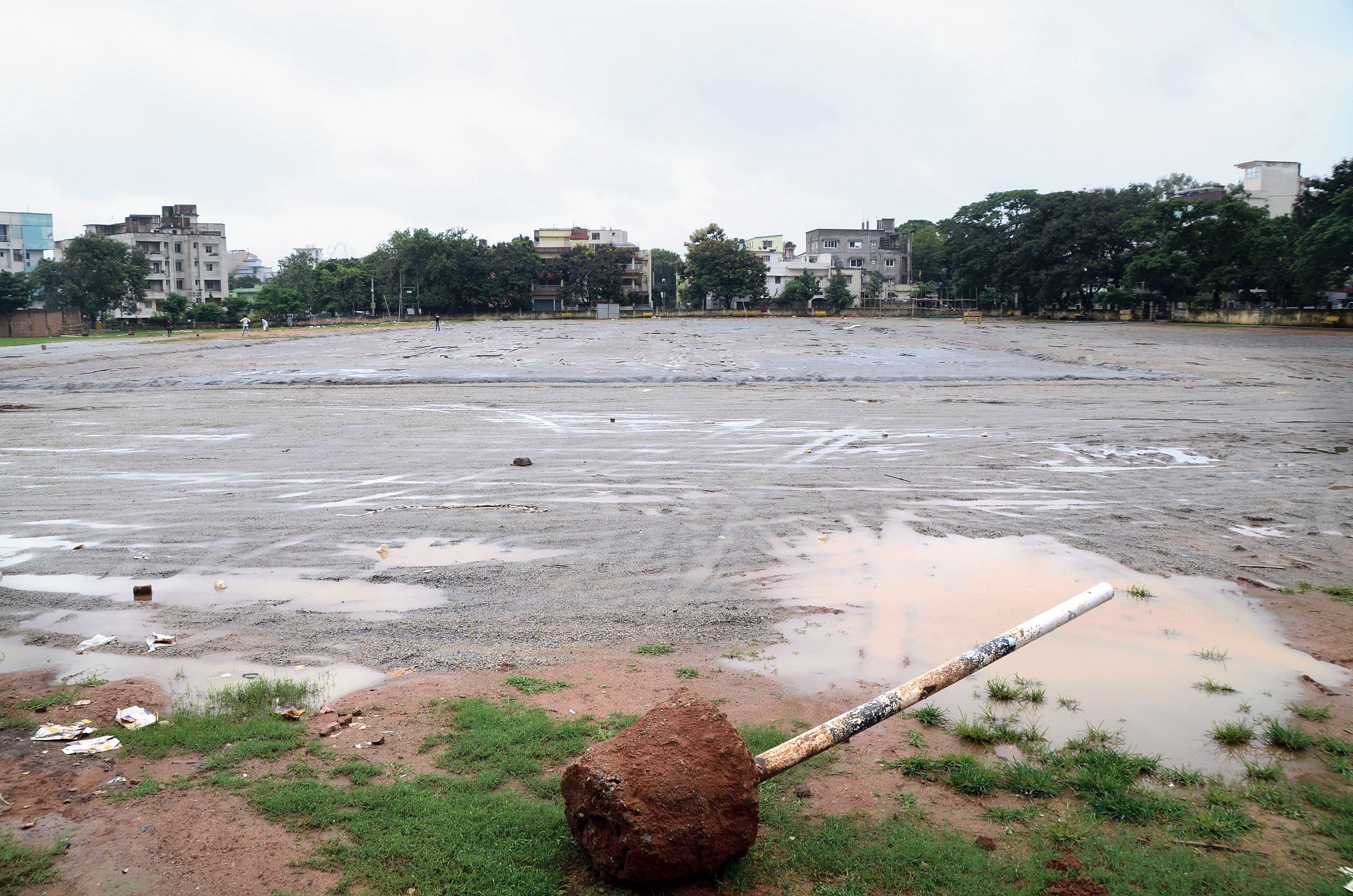 The final of a football tourney, which is organised on Harmu Ground on Independence Day every year, had to be dropped this time because of the poor condition of the ground following the programme of Vice-President M. Venkaiah Naidu on August 10.

The ground, which was sprinkled with 270 tonnes of stone dust, has been rendered unfit for playing football.

The goalpost has also been uprooted.

The boundary wall has been damaged at three places and one of the two gates removed, giving stray animals unhindered access to the ground.

“Government officials have damaged the ground and turned it into a mess. The place that used to be a favourite haunt for morning and evening walkers is now being frequented by youths smoking marijuana. Cows use it as a short-cut to the adjacent grazing field,” Singh said.

“Players and morning walkers are pretty upset with the poor condition of the ground that is used by residents of Harmu, Kishoreganj, Anand Nagar, Kadru, Vidya Nagar and Garikhana. The administration will now have to remove all the stone dust to bring back the ground to its original shape,” Lakra said.

“The ground, spread over 24,000 square feet, is bordered by a walking track. Over 2,000 people come here for morning and evening strolls every day. More than 200 budding players use it regularly to practise cricket, football and badminton under the supervision of experts. However, the government is least bothered about its maintenance and development. Political and religious rallies and fairs are regularly being organised here without taking into account the convenience of local residents,” Sharma said.

The ground is looked after by Jharkhand State Housing Board.

The board’s executive engineer Sanjeev Kumar said he did not have any official information about the ground’s condition.

“The ground was used without our permission. I will take up the matter with the managing director of Jharkhand State Housing Board for proper action,” Kumar said.

The Vice-President’s event was organised by the district administration.

When this correspondent contacted Ranchi deputy commissioner Rai Mahimapat Ray, he promised to restore the ground to its original shape.

“Within three to four days, the ground will regain its original shape. The damaged boundary wall will be repaired and the stone dust removed,” Ray added.