Central government’s share of funds not provided to the state: Sources 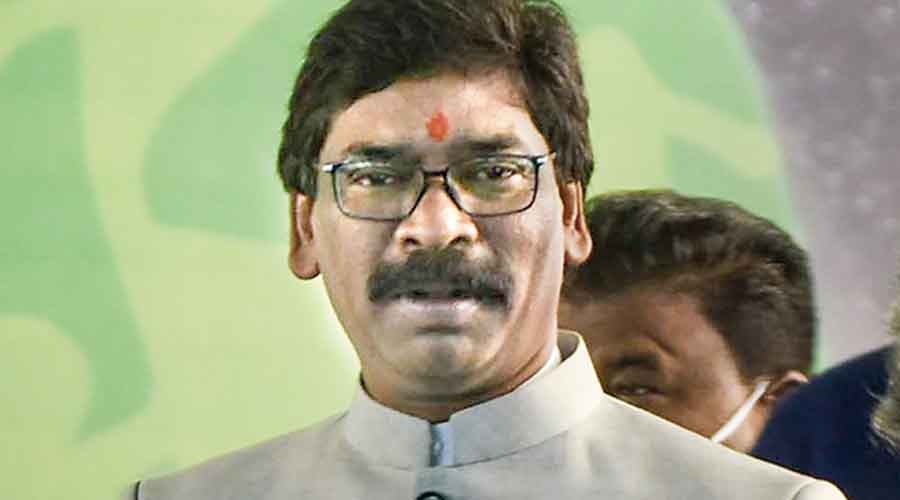 Jharkhand, which claimed to be the only state to have universal pension scheme for the elderly, widowed and disabled in November last year, has not been able to distribute the benefits for the past four months.

According to sources in the state social justice department, the central government had not provided its share of allocation to the Jharkhand government.

“We did not get allocation from the social justice and empowerment ministry which hampered in providing social security pensions for bonafide beneficiaries in the state. However, we have received it this month and it would reach the beneficiaries within a week,” said a senior official in the Jharkhand social justice department.

According to an announcement made by Jharkhand chief minister Hemant Soren during the state’s foundation function on November 15, the state became the first in the country to have a universal pension scheme for the elderly, widowed and disabled.

As of now, in other states, pensions are provided to the elderly, widowed and physically challenged only if they fall below the poverty line (BPL) or belong to SC/ST. Social security pensions are also given to those having HIV/AIDS and falling under the BPL category.

The universal pension scheme by the Jharkhand government makes all eligible people of the centrally sponsored pension schemes under the National Social Assistance Program (NSAP) and social security pension schemes under the state plan, benefit of state pensions barring two exclusion categories, a person of 60 years of age, any specially-abled person or widow above the age of 18 years and those entitled to a pension under any other category will now be excluded only if the beneficiary or an immediate family member is an income tax payee or if the beneficiary or family member is a permanent employee of the state, Centre or public sector undertaking.

However, food rights activist Balram citing the NSAP dashboard said that none of the beneficiaries have been paid their pension since October.

“It is a clear violation of the Supreme Court order which mandates that social security pensions should reach the beneficiaries by seventh of each month. We have got information about several elderly and destitute widows staring at brink of starvation after being deprived of their meagre pensions for the last four months. Who will be held responsible if they die of hunger,” he said.

According to the NSAP website, payment is pending in central schemes.

There are over 26 lakh beneficiaries of social security pensions in Jharkhand.

“I depend on the elderly pension as my wife and I have been deserted by our son who went to Madhya Pradesh for a job five years back. I have got no resource but to beg for my survival for the last few weeks,” said Sahu Kayam in the Lonjo panchayat of Sonua block of West Singhbhum district.

Several elderly and widowed pension beneficiaries submitted a memorandum citing their plight at the Sonua block office on Monday.

Jharkhand director women, child development and social justice, A. Dodde confirmed about the delay because of non-receipt of allocation from the Centre.

“We are aware of the difficulties faced by the beneficiaries. The pensions will be released this week as we have got allotment from Government of India 15 days ago only,” said Dodde.