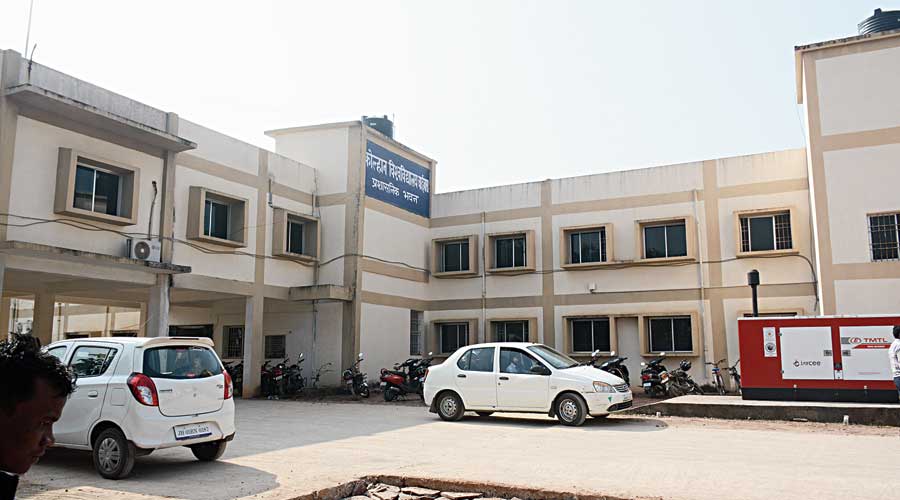 The department of higher and technical education in Jharkhand, acting on the express directive of chief minister Hemant Soren, is working on the roster clearance for over 2,000 existing vacancies for the post of professors and assistant professors in various state universities, sources in the chief minister’s office said.

This gives a ray of hope to Jharkhand varsities which are among those having the poorest student-teacher ratio in the country because of pending vacancies of professors and assistant professors in various faculties.

“There has been no recruitment of faculties in state universities since 2008 which has led to a dismal student-teacher ratio. This ultimately hampers higher education in the state,” said director of higher education, Jharkhand, A. Muthu Kumar.

“Acting on the directive of the chief minister, we are working on the roster clearance based on the number of vacancies in different universities. We will be clearing the roster and sending it to the concerned universities and the universities will then approach the Jharkhand Public Service Commission (JPSC) for the conduct of examination for the recruitment,” he said.

According to University Grants Commission (UGC) guidelines of 2010 for post-graduate programmes, the regulations make it mandatory for universities to have at least one teacher for every 10 students for science, and media and mass communication studies; and one teacher for every 15 pupils for humanities, social sciences as well as for commerce and management.

The same UGC guidelines mandate a teacher-student ratio to be 1:30 in social sciences at undergraduate programmes and 1:25 for the science streams.

“However, long-pending vacancies of faculties in colleges under universities ever since the creation of Jharkhand, a teacher has to cater to over 200 students in both science and humanities streams,” said a retired vice-chancellor of Kolhan University preferring anonymity

“This adversely hampers higher education in almost all the colleges under varsities. The state has the worst teacher-student ratio in the country. Though the previous government started the process of recruitment but it could not materialise because of litigation with one or another candidate filing civil suits in protest against the recruitment process of the JPSC,” he said.

According to the exercise to fill up vacancies, the chief minister gave a nod for the proposal to fill up vacant posts of faculties in the tribal languages of Kurukh, Kurmali, Santhali, Ho and Mundari for different constituent colleges of Chaibasa-based Kolhan University which caters to the district of Seraikela-Kharsawan, West Singhbhum and East Singhbhum.

According to an official communique from the chief minister’s office, 159 teachers’ post will be filled up out of which 147 are for assistant professors, four of professors and eight of associate professors.

“The chief minister will soon gave nod for filling up 49 vacancies for the posts of professors, associate professors and assistant professors in tribal languages for Vinobha Bhave University, Hazaribagh,” the source in the chief minister’s office said.

Soren tweeted in the evening about the vacancies, stating that the government was not only serious on the recruitment of tribal candidates but also on improving the education of tribal languages in different universities of the state.