'Misguided' youth urged to give up violence and join mainstream 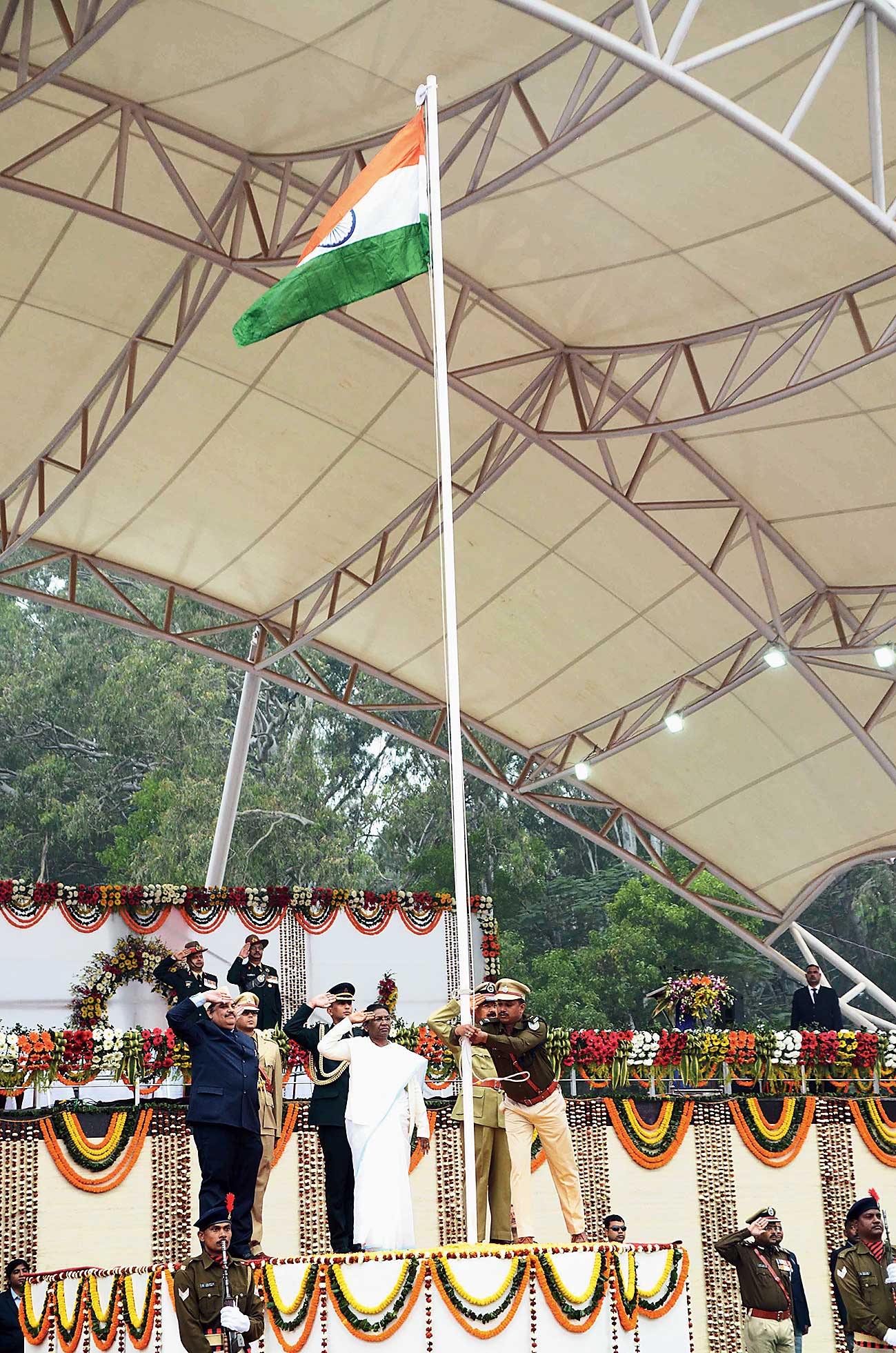 Governor Murmu who unfurled the Indian Tricolour and inspected the Republic Day parade before over 20,000 people in the two-hour event from 9am, repeatedly said violence was no solution to any problem. In Dumka, chief minister Raghubar Das who hoisted the Indian flag, repeated the same message and said the government had been receiving full people’s support in Naxalite-hit areas.

Governor Murmu urged people to pledge rooting out communalism, terrorism and extremism and work with “samarpanbhav (full sincerity)” to develop India as the strongest republic of the world.

“Vampanthi ugravad ke samasya se nipatne ke liye sarkar ne kai sakht kadam uthaye hai (The state has taken stern steps to curb Naxalite rebels),” she said, adding that efforts were bearing fruit because the number of LWE or rebel-affected districts in the state had reduced to 19 from 21, among which the number of most LWE or rebel-affected districts came down to 13 from 16.

She spoke about the government’s initiatives to curb corruption and develop infrastructure and amenities. Over one lakh appointment letters had been distributed among youths during Global Skill Summit 2019, she said.

She mentioned schemes such as Ayushmaan Bharat under which 57 lakh poor people were being covered under health insurance, UDAN under which work was on to connect Jamshedpur, Bokaro and Dumka by air and Mukhyamantri Sukanya Yojana under which a girl child from a poor family got financial aid to become an educated and responsible citizen.

On tourism, she spoke about new attractions such as the sun temple in Giridih, Shivdagi Dham in Sahebganj and Burudih Lake in East Singhbhum.

In Dumka, Das spoke about beefing up security and increasing the network of roads on priority basis in Naxalite-hit areas.

The chief minister also spoke about the Mukhyamantri Bike Ambulance Yojana for hilly and Naxalite-affected areas. All facilities present in an ambulance would be provided on a motorbike under the scheme. In view of the shortage of doctors in Jharkhand, seats in state medical colleges are being raised from the existing 300 to 900, he said.