Jharkhand steps up for protection of rights of migrant workers 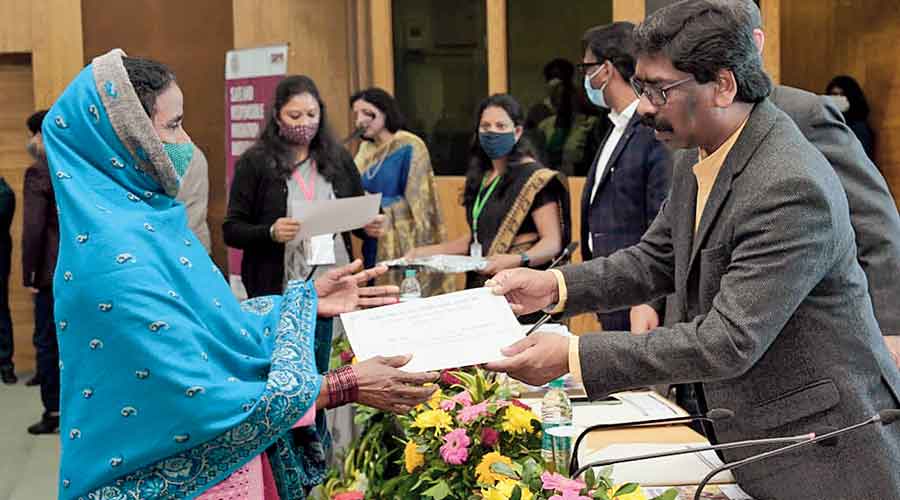 The Jharkhand government on Thursday launched the first-of-its-kind Safe and Responsible Migration Initiative (SRMI) aimed at the protection of the rights of migrant workers and their families.

The 18-month-long policy initiative anchored by the state labour department is supported by Omidyar Network India and implemented by a consortium of Policy and Development Advisory Group (PDAG), Partnering Hope into Action Foundation (PHIA), the Centre for Migration and Inclusive Development (CMID) and the Bharti Institute of Public Policy (in Indian School of Business).

Addressing the launch of the initiative, chief minister Hemant Soren termed migration as a natural tendency of a human being. “It is a natural tendency of human beings to migrate. During the Covid pandemic when a huge number of migrant workers were struck in different states and even overseas, we felt the need to have a policy framework to safeguard right of migrants and also have a database of such workers. We also tend to listen about unfortunate deaths of migrants and their relatives not having resources to even bring back the body,” said Soren.

The chief minister announced that a directive has been issued to all the districts to set up a corpus fund to deal with cases of migrants who might be in other states or countries.

“All districts have been asked to set up corpus funds for migrant workers who might die in other states or countries. The government will bear all the expense of bringing back the body of the deceased worker from the place of work back to his home. The dependents would not have to worry about anything,” said Soren.

The chief minister said that special emphasis is being laid on the registration of workers in e-shram portal across the state so that there is data available with the state to aid such workers during emergencies.

SRMI will be implemented with setting up of centres on a pilot basis in three districts of Gumla, Dumka and West Singhbhum, aiming at positively impacting the issue of migration at scale, through rigorous evidence-based and data-driven policymaking.

The selection was done on the basis of data available at the migration control room about a high number of migrants in these three districts.

Johnson Topno, the regional Head for PHIA, echoed the sentiment and brought it in certain ongoing contexts by stating: “The Covid pandemic and lockdown has had a huge impact on migrant workers and their well-being. It requires a systemic response in order to make their life and work safer wherever they move. SRMI is an initiative of the government and consortium partners to have better coordination and management of migrant workers’ mobility and well-being at both source and destination points.”

Arindam Banerjee, co-founder of PDAG, said that there’s a necessity to ensure strong interstate cooperation and coordination between destination and source states to enable social protection for migrant workers. SRMI will work towards achieving that.