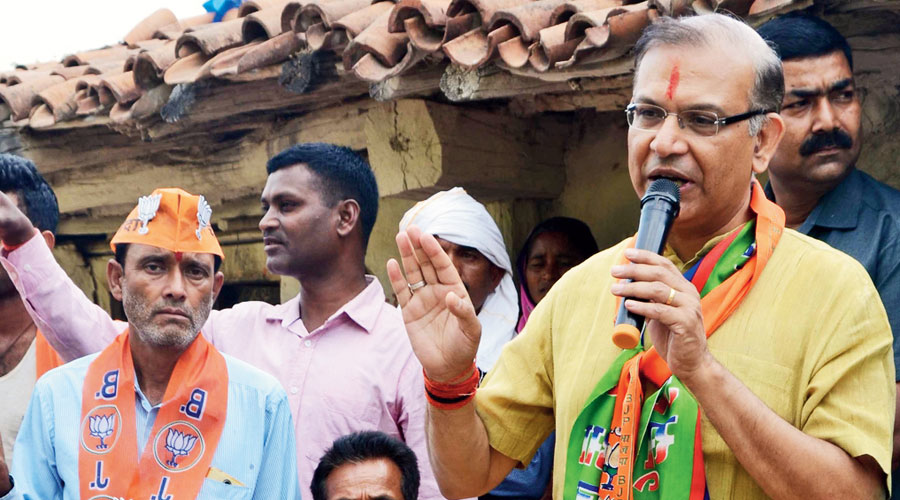 Hazaribagh MP Jayant Sinha described chief minister Hemant Soren as “vinash purush” because ever since his government had come to power, Jharkhand had taken a turn for the worse with respect to power, law and order and condition of roads.

Speaking to the media from Delhi, Sinha said as long as the BJP was in power in the state, Jharkhand was the beneficiary of a “double-engine” government with “vikas purush” Narendra Modi leading at the Centre.

But now Jharkhand had lost that momentum, he said and accused the Hemant Soren government of plunging the state towards destruction.

The former Union minister and BJP leader told the local media that he had chaired a meeting of the district development coordination and monitoring committee last week and asked officials to undertake an inspection of 150 roads constructed in the last five years with funds from the Prime Minister’s Gram Sadak Yojana.

“Some of the roads are not in good condition. I have asked officials to identify such contractors and tell them to maintain the roads for five years,” he said.

On plans for an airport in Hazaribagh, Sinha blamed the delay on the state government’s failure to acquire land. “People have started realising that the present government is not capable of running the state. So, we wanted to request Hemant Soren to improve the situation at the earliest,” he said.

Sinha said the state tourism department had failed to maintain tourist spots because of which he had asked deputy commissioner Aditya Kumar Anand to ensure cleanliness and proper maintenance of the popular Hazaribagh Lake.
The MP said the state had failed to tackle the pandemic and that he was in touch with officials to ensure the setting up of two Covid care facilities in Hazaribagh.

Sinha said around 60,000 migrant labourers had returned after the coronavirus-induced lockdown and that efforts were on to provide them jobs under MGNREGS.  He asked the people of Hazaribagh to remain vigilant and follow Covid guidelines.