The training event was to be held in Goa 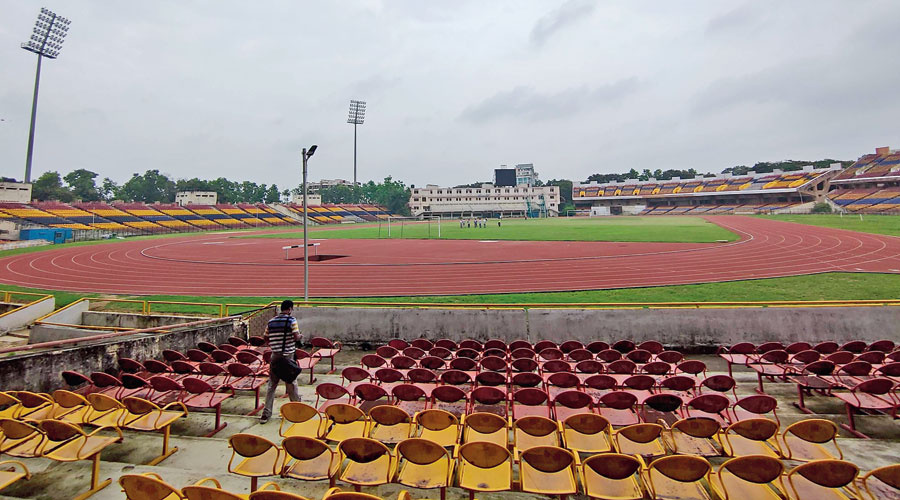 Jharkhand, with 35 per cent of the players in the Indian probable for the FIFA under-17 women’s World Cup 2020, is eager to host at least a phase of the national camp for the team.

Jharkhand sports secretary Pooja Singhal, acting on the directive of the chief minister Hemant Soren (who also holds the sports portfolio), has send a letter to the All India Football Federation (AIFF) general Kushal Das on Friday requesting for permission to host the national camp, supposed to be held in Goa and is suspended because of the Covid-19 pandemic.

“The FIFA U-17 World Cup for women scheduled to be held in February-March 2021 is an unique opportunity to advance the game in the country. Our 12 enterprising tribal girls have been selected in the U-17 national team camp. The honourable chief minister desires to host the entire national camp for Indian U-17 women’s probable, albeit fulfilling all necessary conditions as per AIFF,” the letter states.

Significantly, 12 players out of the 35 member Indian probable for the FIFA U-17 World Cup for women team are from Jharkhand and have been in their houses in remote villages after the national camp at Goa was suspended creating problems in their diets in April and May.

“The honourable chief minister is committed to provide all available facilities concerning nutrition, physical fitness along with regular health check-up for these girls at our facilities in Morabadi in Ranchi under supervision of few local coaches till the national camp is not restarted. The entire arrangement has been designed, approved and arranged as per standard framework of the Indian national team so that the girls will be better prepared, be safe and healthy and geared up to give their best, both in the camp and upon their selection in the national team,” the letter adds.

Sources in the chief minister’s office revealed that Hemant would interact with the 12 girls later this week.

Significantly, the 35-member Indian girls probable for the FIFA U-17 women’s World Cup have been in camp at Goa since 2019 for the competition scheduled to be held in November 2020 at India. However, because of the pandemic the competition was postponed and would now be held between February 17 and March 7, 2021 at Navi Mumbai, Guwahati, Ahmedabad, Calcutta and Bhubaneswar.