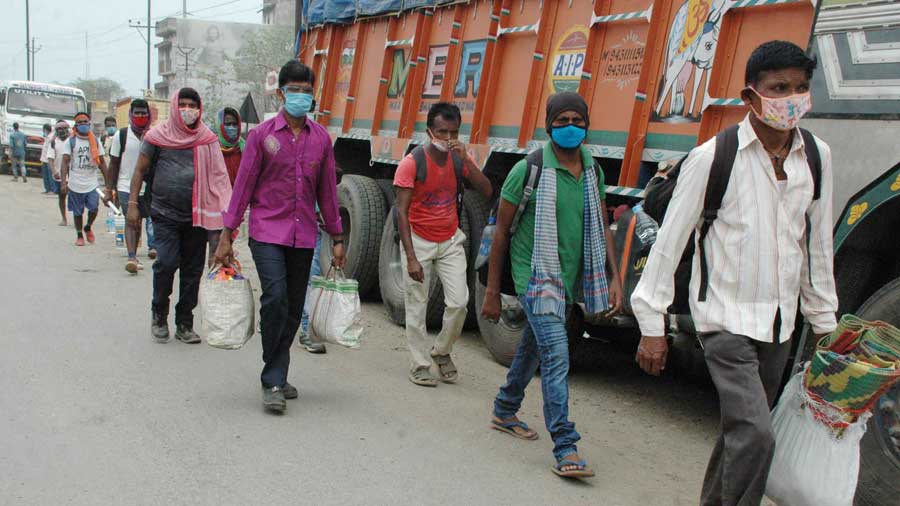 Jharkhand’s Covid-19 recovery rate dropped to 72.85 per cent on Sunday as only five patients recovered from the viral infection – the first instance of recoveries reported in single digit in more than a fortnight, officials said.

As per a bulletin released by the National Health Mission (NHM) on Sunday late evening, as many as 53 fresh cases of Covid-19 infection surfaced in the state from Saturday midnight to Sunday evening. The total count of Covid cases in Jharkhand neared the 3,000 mark on Sunday as 2,807 cases were reported by the time this report was filed.

The number of active cases, which was hovering around the 650 mark in the past couple of days, reached 743 on Sunday, the NHM bulletin stated.

In the past 48 hours, the Covid death toll in the state also increased from 15 to 19. Two of the four casualties were reported from Jamshedpur and one each from Sahibganj and Khunti, health officials said.

Migrants still account for more than 70 per cent of Covid cases in Jharkhand. Out of the 2,807 cases, at least 2,100 were migrants, the NHM bulletin highlighted on Sunday.

The mortality rate in Jharkhand stands at 0.67 per cent, against the national average of 2.86 per cent, the bulletin added.

Of the 19 Covid deaths in the state, four were reported from Ranchi, two each from Bokaro, Sahibganj, East Singhbhum and Giridih, three from Hazaribagh, and one each from Gumla, Simdega and Koderma, health officials said.

The government has so far collected samples of 1.58 lakh suspects for Covid tests and tested around 1.56 lakh of them, say figures with the health department. Around 2.7 lakh people have been put in home quarantine in Jharkhand and over 46,000 have been sent to institutional quarantine, government data highlights.