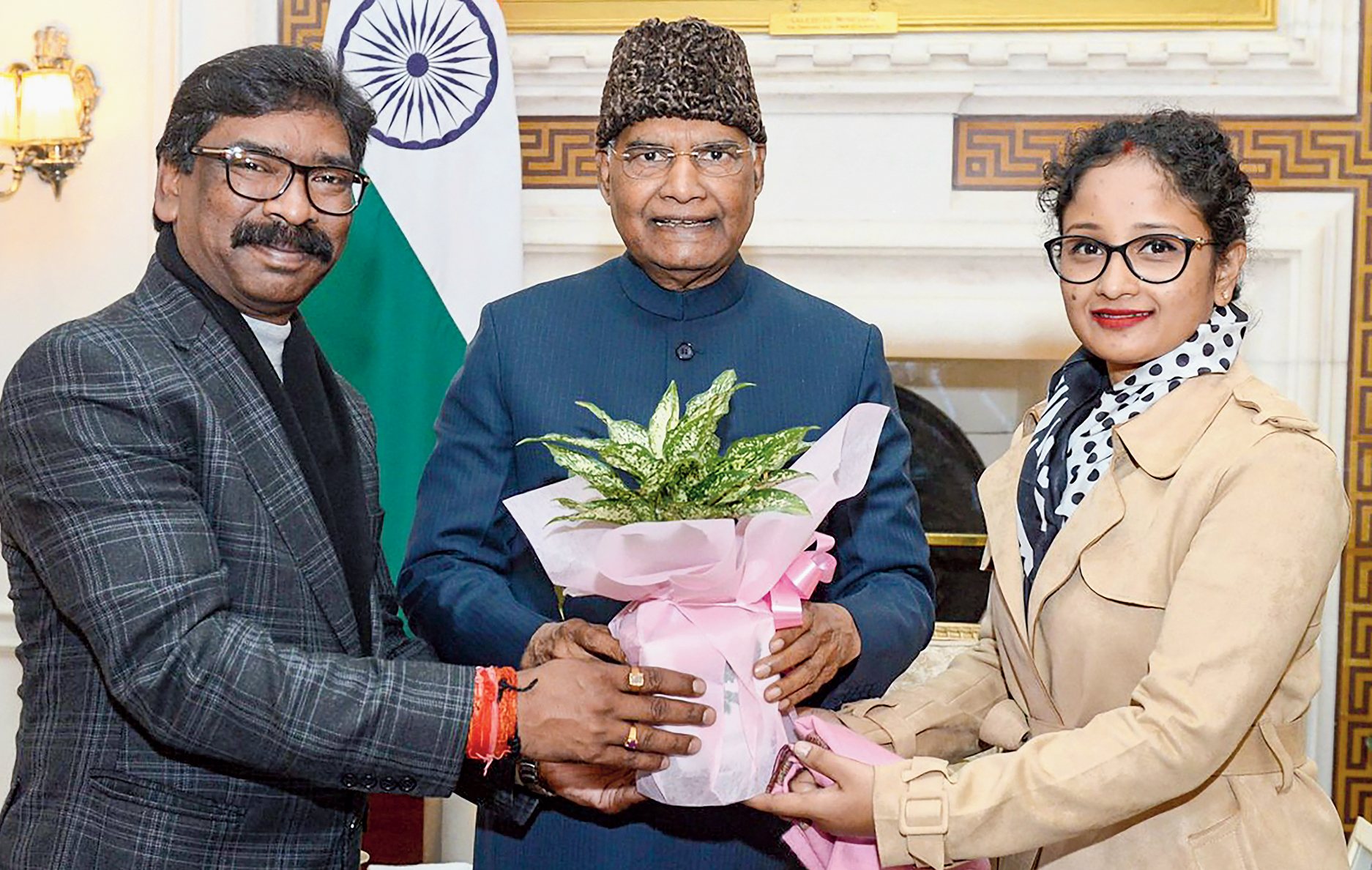 Political circles in Jharkhand are agog over how the new Jharkhand government will shape up, now that CM Hemant Soren is in Delhi.

But though there is no official mention of it, speculations are rife that Hemant may meet senior Congress leaders in Delhi to discuss the final shape of his cabinet.

So far, Hemant, heading a coalition government of the JMM, Congress and RJD, has inducted two Congress MLAs and one from RJD as his ministers. Under rules, the 81-member Jharkhand Assembly can have a maximum of 12 ministers, including the CM. So, there is scope for inclusion of eight more faces in the cabinet.

A senior Congress leader told The Telegraph that their party wanted five berths. “Our party’s central leadership knows it too. We have inputs that during Hemantji’s current Delhi visit, he will meet our central leadership on this.”

He added: “As the Congress has given up claim to the Speaker’s post, there is every chance that the JMM will give us five berths.”

The JMM, on the other hand, maintained it was an official visit of the Jharkhand CM to Delhi and there was hardly any possibility of his meeting Congress central leadership on cabinet berths.

“Details of the CM’s Delhi visit have been shared with the media. As far as government formation is concerned, let us make it clear that the relationship among allies (JMM, Congress and RJD) is very cordial so there’s no scope for hassle,” JMM spokesperson Vinod Pandey said.