In marquee battle, plea for basics 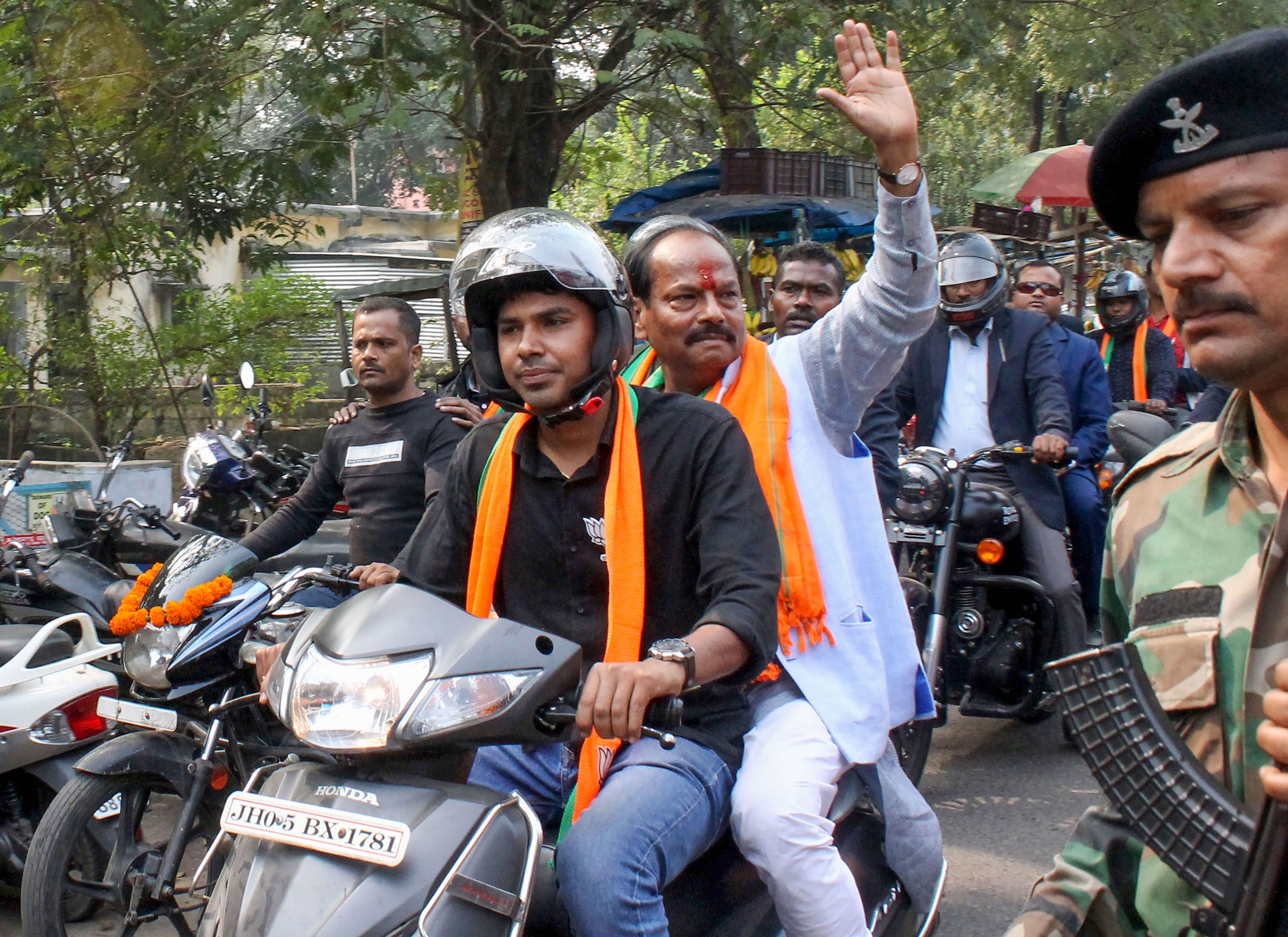 Jamshedpur East, with 3,00,501 voters, is the ring for the biggest bout in this Assembly election — between chief minister Raghubar Das and cabinet colleague-turned-Independent challenger Saryu Roy. Also in the fight is the Congress’ Gaurav Vallabh, an XLRI professor. The Telegraph speaks to a cross-section of voters in the constituency to find out what they think are the biggest poll issues

We have been cheated for so many years and despite having our houses for nearly two decades we are yet to get ownership rights. There is still great disparity in terms of basic facilities enjoyed in company areas and non-company areas, specially urban slums. Even the cleaning of drains and waste management are not done properly despite protests by the residents. We had hopes that with a chief minister from our own constituency things will improve but unfortunately it has not happened. To add to it there is no good government hospital and we have to depend on expensive corporate hospitals.

Traffic congestion is one of the most important issues. There is no government-constructed flyover and we have to do with widening of roads carried out by the corporate sector. The government has not spent a penny in improving road infrastructure. There is lack of proper public transport developed by the government. The constituency lacks good higher education centres and good hospitals. Price rise of essential commodities due to the poor policies of the government has only disturbed the domestic budget.

We had high hopes from our chief minister as he has been the MLA of this constituency for over two decades. But none of our hopes have been realised. Unemployment is at its highest and several students even after graduation and getting professional degrees from other states are waiting to get employment with satisfactory remuneration. There is a lot of improvement needed in law and order as we still see incidents of eve teasing in various urban slums of the constituency; the cops prefer to do only paperwork after the incident.

The government should immediately take up efforts to revive closed and sick industries like Tata Agrico and Incab Limited which were the mainstay of the area’s economy. Lack of jobs is affecting business to a great extent. Lack of good higher educational facilities and proper healthcare facilities at MGM Hospital are other problems and need to be addressed at the earliest by the government.

Thousands of students have to migrate to other states to pursue higher education. The government should set up higher education centres like technical colleges or medical colleges in Jamshedpur East. We had high hopes from our MLA when he became chief minister in 2014 that his promise of converting this city into an educational hub will materialise. But nothing has happened so far. There have been only talks of a polytechnic college which is yet to be inaugurated. Other problem is the lack of proper public transport which affects the students who have to be at the mercy of private transport like auto-rickshaws and town buses.

Closure of several important industries and failure to set up new ones have led to unemployment which has affected the local youths who have to migrate to other cities for job opportunities. The government should ensure that closed industries are opened at the earliest. In addition, law and order should be improved and the facilities at the only government-run hospital, MGM Hospital, should be improved. We have to depend on corporate health-care hubs like Tata Main Hospital and Tata Motors Hospital. The government schools should also be improved as middle-class people cannot afford expensive education in private schools.

We have not witnessed a single big industrial unit being opened in the last four-five decades and have to depend on Tata Steel and Tata Motors. Business growth has reached stagnation point. In addition, lack of good higher educational opportunities and proper healthcare facilities are forcing thousands of students and persons suffering from chronic diseases to flock for expensive education and costly treatment to bigger cities of neighbouring states like Bengal and Odisha. It is unfortunate that Jamshedpur having the tag of the best industrial city of the region does not have good education and healthcare facilities.

The constituency desperately needs a good higher educational centre and a good hospital. Thousands of youths and the ailing are forced to flock to other states for education and healthcare needs. The economy of the constituency despite possessing two big units like Tata Steel and Tata Motors has been sluggish as no new industry or alternative manufacturing unit has come up in the area in the last few years. The government should ensure that good manufacturing units come up which would provide direct and indirect employment to thousands of youths.