The alliance of the JMM, Congress and RJD secured 47 seats in the House of 81 members 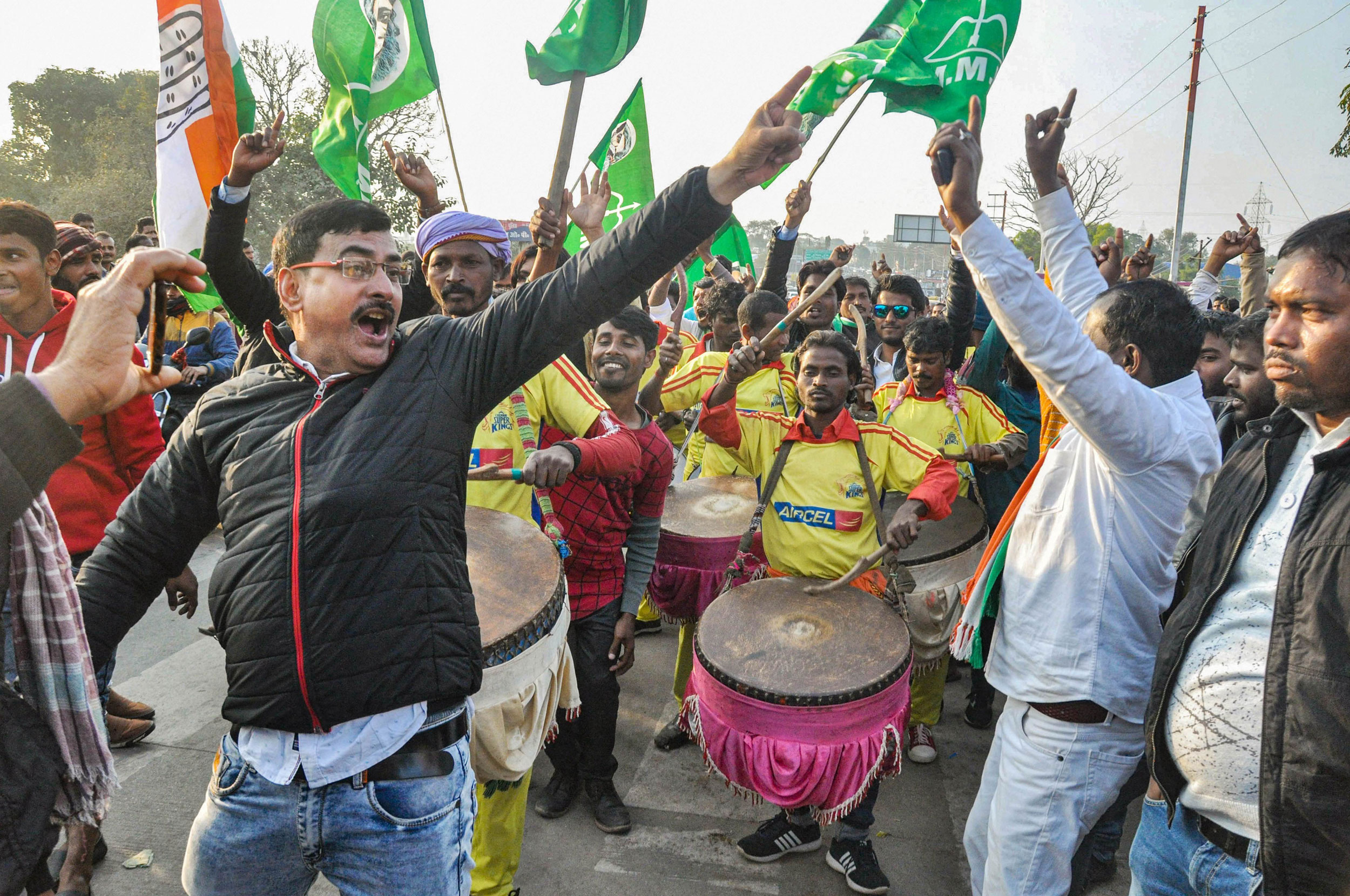 The JMM's vote share in the just-concluded Jharkhand Assembly polls slumped to 18.72 per cent despite the party winning 30 of the 81 seats in the state.

Sudhir Pal, coordinator of the Jharkhand chapter of the Association for Democratic Reforms, said the difference between vote share and tally depends on how many seats the party contested. ”The BJP had in 2014 contested 74 seats as it had an alliance with the Ajsu Party and the LJP while this time it contested 79 seats leading to a difference in the percentage of vote share. While the JMM had contested all the seats in 2014, it fielded nominees in only 43 seats this time following its alliance with the Congress and the RJD, resulting in the shrinking of vote share.”