Raghubar Das takes a tour of the constituency, Saryu Roy lodges a complaint about it before the poll observer 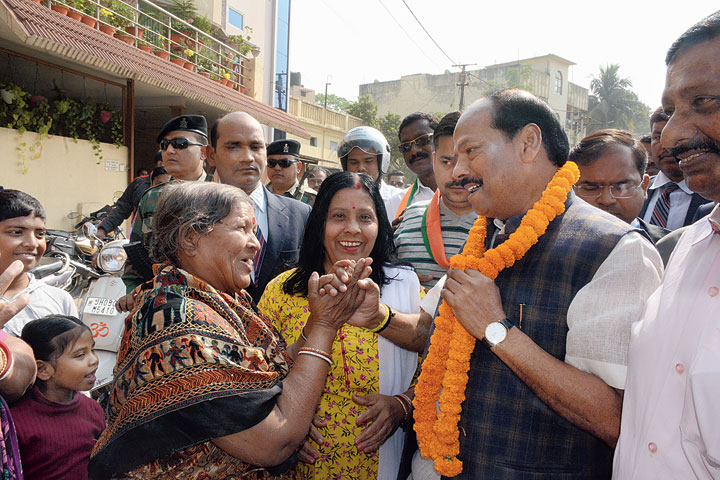 Just how keenly fought the Jamshedpur East seat election battle is was manifest once again on Friday.

Chief minister Raghubar Das left his Agrico home at 10am for a whirlwind tour of the constituency even though campaigtning had ended on Thursday, and his cabinet colleague-turned challenger Saryu Roy lodged a complaint about it before the poll observer.

Das, who walked and also rode pillion on a supporter’s bike, visited Bhalubasa Basti, Teacher’s Colony, Patelnagar, Bhuiyandih, Baradwari and Kalindi Busti. He waved and shook hands with people and greeted elders with a namaste.

Roy also requested the election officer to remove Sakchi police station officer in-charge (OC) Rajiv Kumar Singh with immediate effect and initiate legal proceedings against him. According to the complaint, the OC had raided a liquor warehouse of Roy’s election management committee member Ashok Bhatia on Thursday night and seized several cartons of liquor. Roy termed the raid as an attempt to derail his election management, and OC Singh was suspended. 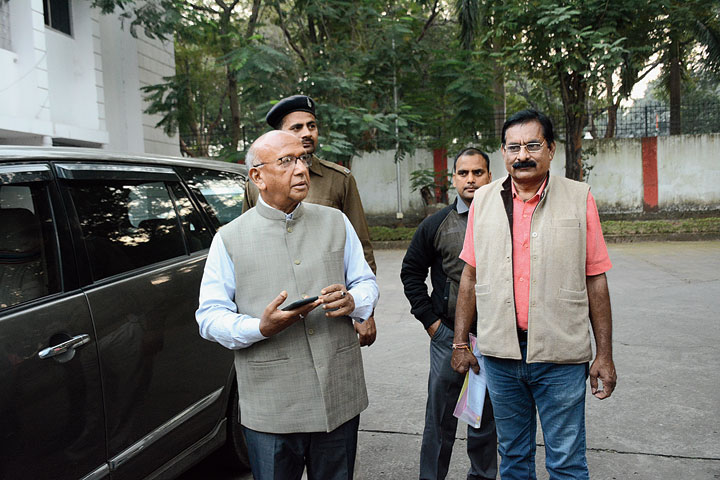 Saryu Roy in Jamshedpur on Friday
Picture by Bhola Prasad

Candidates of other political outfits also ensured they remained visible to the voters.

“I have been campaigning for over a week now. Today is the last day to remind voters about the need to support me. I will be visiting Mango again in the evening,” said Gupta, who fighting the BJP’s Devendra Singh.

Singh, a former district president, visited Sonari slum pockets and Mango in the morning before heading to Bistupur market. He visited Kamani Centre and met shopkeepers. “Narendra Modi is an icon. Voters will cast votes in his name once again,” Singh said.

Muchiram Bauri, the BJP candidate from Jugsalai, visited Jugsalai market while Ramdas Soren, the JMM nominee from Ghatshila, went to homes of voters.