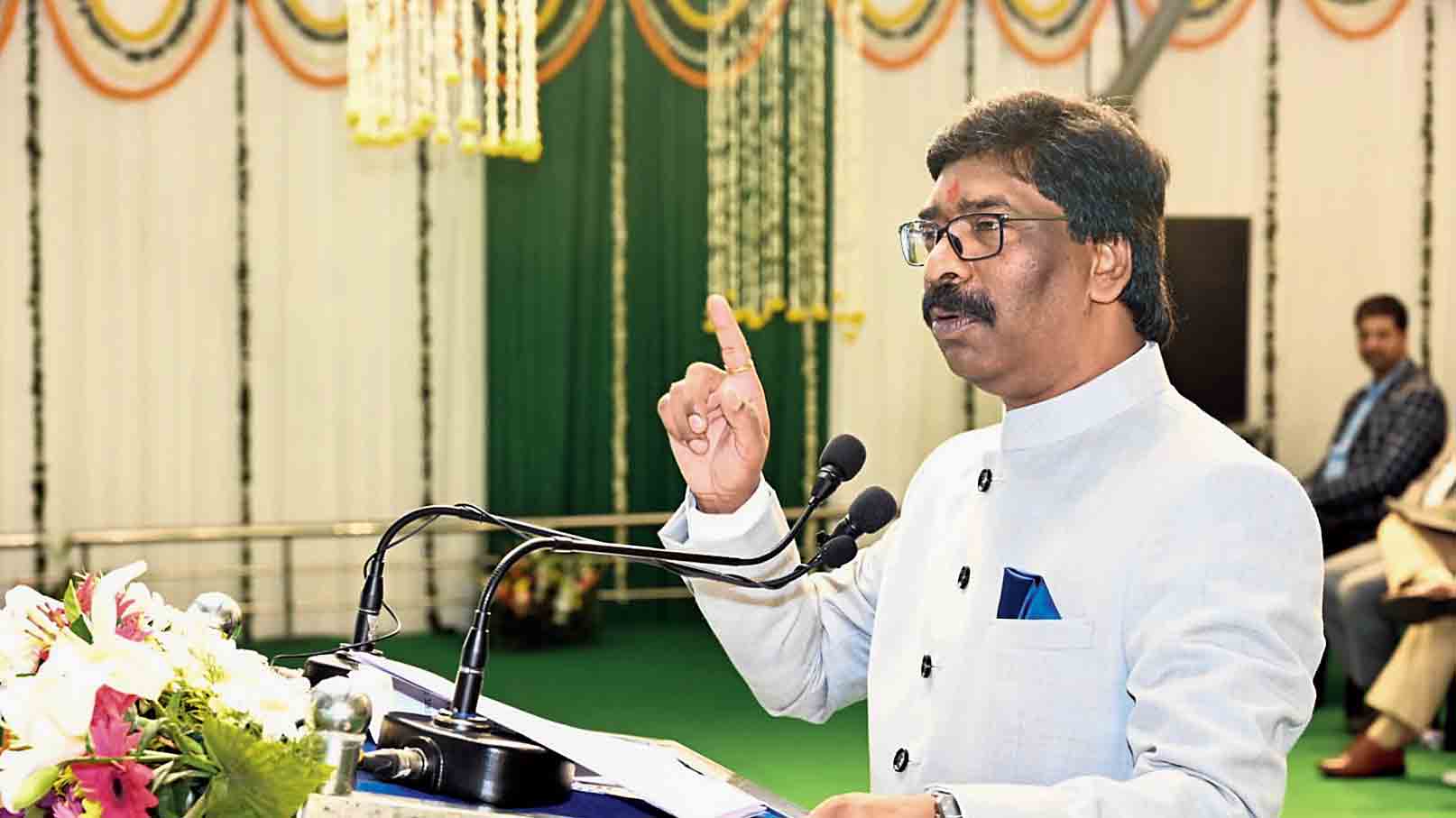 Jharkhand will develop an app for hassle-free transfer of subsidy to poor beneficiaries for refilling petrol in two-wheelers from January 26.

In a meeting on Friday to review the rollout of the ambitious scheme to provide a subsidy of Rs 25 per litre of petrol refilled in two-wheelers to the poor families, chief minister Hemant Soren directed government departments to develop the app at the earliest.

“The chief minister directed the food supply and consumer affairs department, transport department and state unit of the National Informatics Centre to develop and test the app for a seamless rollout of the scheme from January 26.

“The objective is to ensure that the direct benefit transfer should reach the bank account at the earliest after refill of fuel and also the process of entering details should not be cumbersome for the beneficiaries, considering a significant number of the users would be from rural parts of the state,” a senior official in the chief minister’s office said.

Sources in the food supply and consumer affairs department revealed that the beneficiary would have to enter his ration card number, vehicle registration number and Aadhaar card number and enter an OTP in the app to get the subsidy amount transferred to his bank account.

Considering poor network in some rural areas of the state, the government is also planning to issue a petro card that would be available through PDS outlets for beneficiaries to get the subsidy transferred to their accounts.

“The scheme would definitely roll out from January 26, and several ideas are being discussed to ensure that people do not face any issues in uploading details and getting their subsidies transferred directly to their account. All factors are being considered,” said a senior official in the food supplies and consumer affairs department.

State food supplies and consumer affairs minister Rameshwar Oraon has claimed that the scheme is the first of its kind in the country aimed at giving relief to the poor from spiralling fuel prices.

“It is a one-of-its-kind scheme in the country. We know that the state exchequer will have to incur a huge cost and we might have to make a budgetary provision of over Rs 800 crore on this head in the next budget session. But we had to take this burden for the sake of our poor masses,” Oraon said.

Hemant had announced the scheme during a function to mark the second anniversary of the JMM-led UPA government on December 29 in Ranchi.

The chief minister had said the government would directly transfer Rs 25 per litre to the accounts of ration cardholders who refilled petrol in their two-wheelers. A poor or middle-class person can avail the rebate for refilling up to 10 litres of petrol each month.
There are nearly 59 lakh ration cardholders in Jharkhand who are covered under the National Food Security Act.