With a dip in Covid numbers, state allows in-person classes for colleges, universities and schools for classes 6 to 8 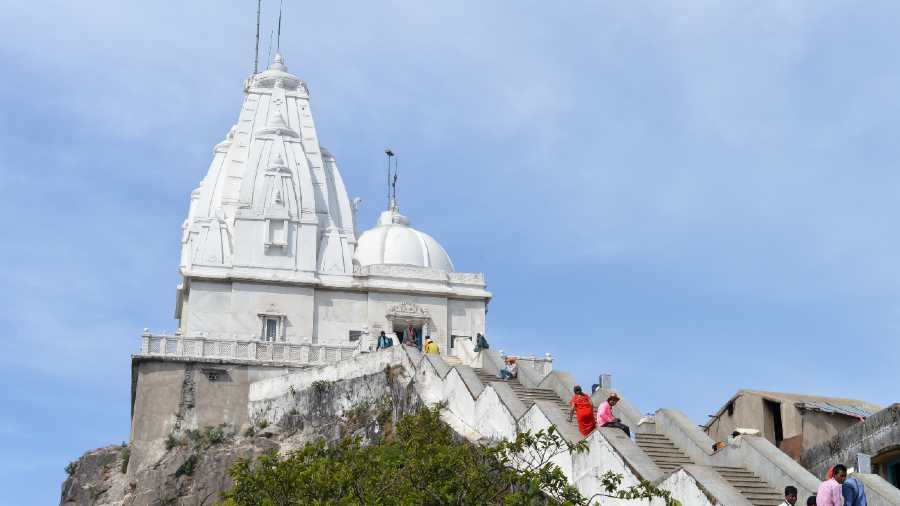 The Jharkhand government announced a series of relaxations on Tuesday, allowing entry   of devotees to places of worship, classroom teaching in colleges and universities in addition to schools for classes 6 to 8.

With Covid cases coming down in the state, the state government also issued guidelines for the upcoming Durga Puja and extended the timing of restaurants to do business by an hour till 11pm.

These decisions were announced on Tuesday after a meeting of the state disaster management authority (SDMA) under the aegis of chief minister Hemant Soren.

According to a statement issued by the state IPRD, all functionaries of religious places must be vaccinated at least with the first dose before reopening their premises.

"Religious places must adhere to all the Covid appropriate norms while at places that draw large crowds, such as Baba Baidhyanath dham in Deoghar, the district administration is directed to ensure entry of a maximum of 100 people through e-passes per hour.

"Those below 18 years of age will not be allowed entry and all religious places can only host a crowd of up to 50 per cent of its capacity, " the statement said.

Till now, in-person classes were allowed in schools only for class 9 and above. While the state school education department sent a proposal for reopening all junior classes, but SDMA chose to consider it only for class six to eight for the time being.

“The state government has taken a conscious decision to go for staggered reopening of schools even though there have been surveys and reports by different agencies citing how online classes have failed to help children in our state,” said an official, adding that even though Covid-19 cases have dipped the government was keeping a strict watch in developments.

With regard to Durga puja in October, the state government has banned the entry of devotees to pandals which must be closed from three sides. Immersion processions will be banned too.

"Organisers can build pandals without adhering to any theme. Idol sizes can’t exceed five feet, and there should be no fairs or distribution of bhog,” said the government statement.

Ranchi Zila Durga Puja Samiti, an umbrella outfit of puja organizers in the city, sounded upset with the guidelines. “Five-feet high Durga idols is impractical. We will oppose it. Last year, the government initially said four feet but later on backed down. We will hold a meeting soon to take a further call,” he said.