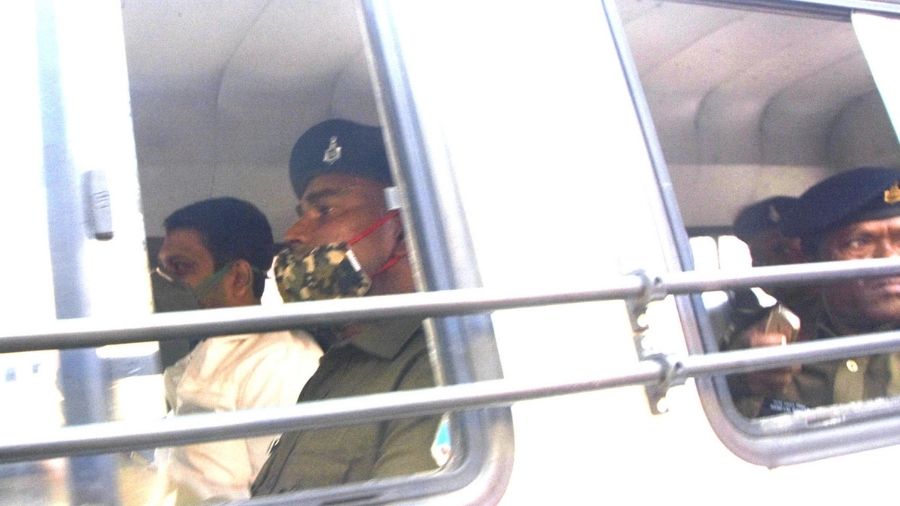 Jharia BJP MLA Sanjeev Singh, lodged in the Dhanbad Divisional jail in connection with a murder case since 2017, was moved to the Dumka prison on Sunday for security reasons.

Singh, who was accused in connection with murder case of former deputy mayor Niraj Singh on March 21, 2017, was moved amid high security at 12:30 pm on Sunday.

This sparked outrage among his wife Ragini Singh and his lawyer Md Javed, who termed it as misuse of power and position by jail authorities,  and threatened to petition before the court.

“Sanjeev was shifted as part of a conspiracy after an overnight order by Jail IG Suman Gupta on a Sunday morning so that we can’t seek intervention from the court,” Javed told The Telegraph Online.

Terming the move as an “abject misuse of power”, Javed said they will challenge the decision when the court reopens on Monday.

“A raid was also conducted in Dhanbad jail on October 18, 2019 during which the senior officials of jail tortured Singh in jail and also intimated him. We had raised the issue before the court back then,” Javed further said.

Notably, the decision comes a day after the lawyer had sought direction from the court to Ajay Kumar regarding the treatment of Sanjeev Singh and claimed that he was suffering from various diseases.

According to sources, Aman Singh, a Mirzapur based shooter of Niraj Singh murder case, was also shifted to Hotwar Jail of Ranchi from the Dhanbad prison. The other four shooters of the former deputy mayor were also shifted during the last year, including Sagar alias Shibu, Qurban Ali alias Sonu, Satish Alias Chadan and Pankaj Singh.