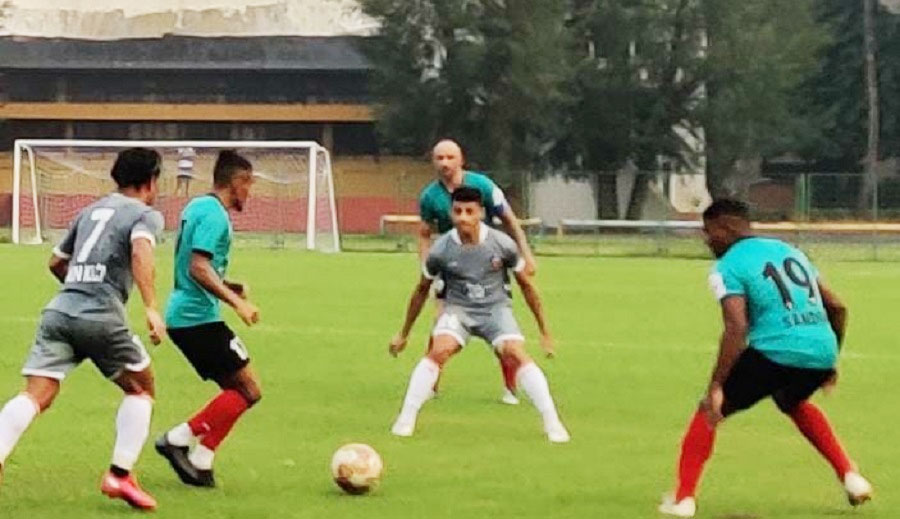 Young and aspiring footballers can now look forward to learning the nitty gritty of football under elite coaches.

A JFC official said the football tutorials will be held every Tuesdays for nine weeks.

"The plan for football tutorials was discussed and sorted out when we were playing the Indian Super League (ISL) in Goa. The videos have already been shot and can be seen every Tuesdays by those who are interested to learn the basics of the game. Even coaches are welcome to attend the tutorials on our social platforms," he said on the condition of anonymity.

Scotland-born Coyle, who mentored JFC in the last ISL season, is a coach with a proven track record. He guided Chennayin FC to finish runners-up in the 2019-20 ISL season. He will be shedding light on shooting and heading.

Stewart, a Scottish footballer and coach, will teach short and long passes while Wilson, a former graduate of Tata Football Academy in Jamshedpur, will be focussing on defending and throw-ins. He has also worked as JFC reserve team’s head coach in the 2019-20 season and led the team to some excellent performances in I-League 2nd Division and various other tournaments.

JFC, in a bid to build a football ecosystem in and around the steel city , had started a grassroot programme for under-12, 13,14 and 15 kids under Spanish coach Carlos Santamarina but the programme had to be abandoned owing to the pandemic.