Sieminlen 'Len' Doungel comes on board with wealth of experience 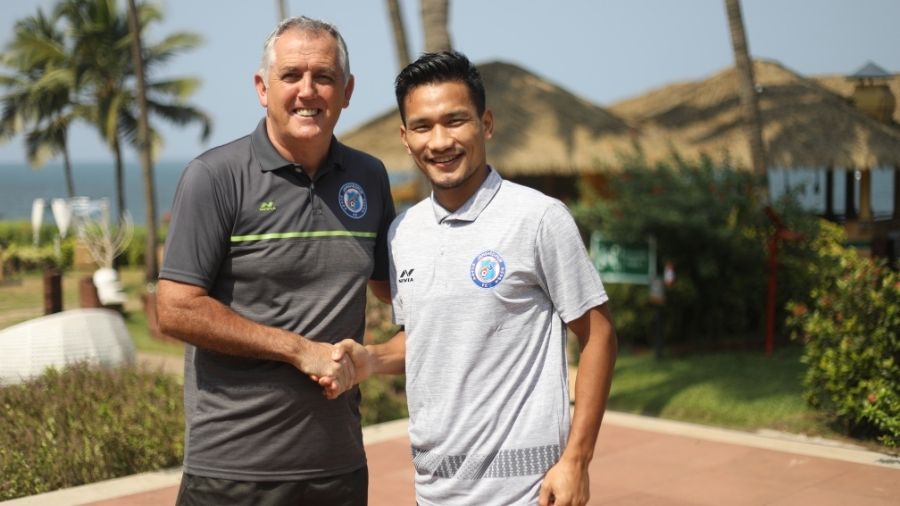 Indian international winger Seiminlen Doungel has joined Jamshedpur on loan from FC Goa until the end of the 2020-21 Indian Super League season.

Fondly known as Len, the Manipuri winger brings with him trophy-winning expertise, having previously won the I-League in 2015-16 and Federation Cup in 2012 and 2017. He was runner-up in the AFC Cup in 2016 and also played an important role in the FC Goa team that finished top of the league in the 2019-20 ISL season, thereby helping them become the ISL Premiers (Shield winners).

Owen Coyle underlined the importance of bringing Len into the squad for the remainder of the season. “Len is the most versatile of wingers in the league. He is highly experienced, hungry to play and has proven his quality for years. We want to keep pushing and qualify for the top 4 and we saw an opportunity with Len, who can help us achieve our aim,” the JFC head coach said.

Len arrives at Jamshedpur with a wealth of experience. The 27-year-old has made 148 club appearances in his career so far with various teams, like East Bengal, Bengaluru FC, NorthEast United, Shillong Lajong and FC Goa. He is also one of the four Indian players to have a hat-trick in his name in the ISL.

“Jamshedpur is a club that has shown a lot of ambition this season with a coach who has been doing great things for a long time. I am here to do my best for the club and help out the team, so we can achieve good results for the last part of the season and qualify for the play-offs,” Len said.

The winger joined the Jamshedpur bio-bubble immediately after completing his loan move and will be wearing jersey number 18 for the season.