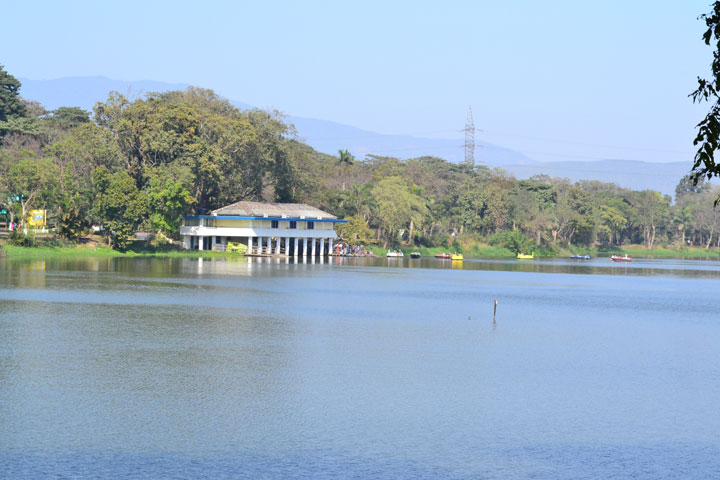 Aquatic animals can hope to breathe easy at Jayanti Sarovar in the city’s Jubilee Park in the New Year.

Tata Steel’s utility arm, Jusco, has started de-silting of the 20-acre Sarovar after almost eight years in what will come as good news to the members of the Jamshedpur Angling Club.

There are also plans to construct silt pits to prevent plastic and garbage flowing into the Sarovar.

“The de-silting and dredging work with excavators, dozer (a powerful tractor with caterpillar tracks and blade at the front used for moving concrete) and pay-loaders have been used at two locations (at both the inlet points, Old Court end and Tata Zoo end) through which toxic waste from city enters the lake causing harm to the aquatic species, specially fish. The dredging and de-silting work is almost complete,” said a senior official of Jusco.

The dredging and de-silting work will also help in clearing the dense vegetation of aquatic plants, weeds and algae that used to cover 40 per cent of the lake.

“Due to lack of de-silting the lake had become shallow at certain points which was causing harm to the fish and other aquatic species,” the Jusco official said. “The aquatic plants which used to choke fish by disturbing the dissolved oxygen in the water will also be cleared. The work will be over by early January and we are hopeful of things changing for the better in a few days for aquatic species.”

Over the last few years, a large number of fish deaths are reported from Jayanti Sarovar during the first spell of rains after summer.

Jusco has pressed into service both mechanised and manual processes to clean the areas. Apart from the machines, Jusco has engaged nearly 30 people to clean the water body manually.

“We have already started the dredging and de-silting work at the Jayanti Sarovar earlier this month and hope to complete it within 15 days,” said Dhananajay Mishra, senior general manager (Jamshedpur town operation), Jusco.

“The dredging and de-silting work is part of our short-term measures for the landmark lake. We plan to construct silt pits before monsoon at the two inlets of drains to the Jayanti Sarovar as part of our long-term measure for the lake. It would prevent entry of plastic and mud into the reservoir through the drains,” said Mishra.

“The de-silting work has not been undertaken after over eight years and was much needed for the fish. We did not have to shift the fish as the dredging and de-silting has been undertaken at the two ends from which drain water enters the lake. The fish moved towards areas near the zoo where the water is deep. After the exercise is complete there would no problem of fish suffocating to death during temperature changes in the transition period between summer and the rainy season,” said Ghosal.